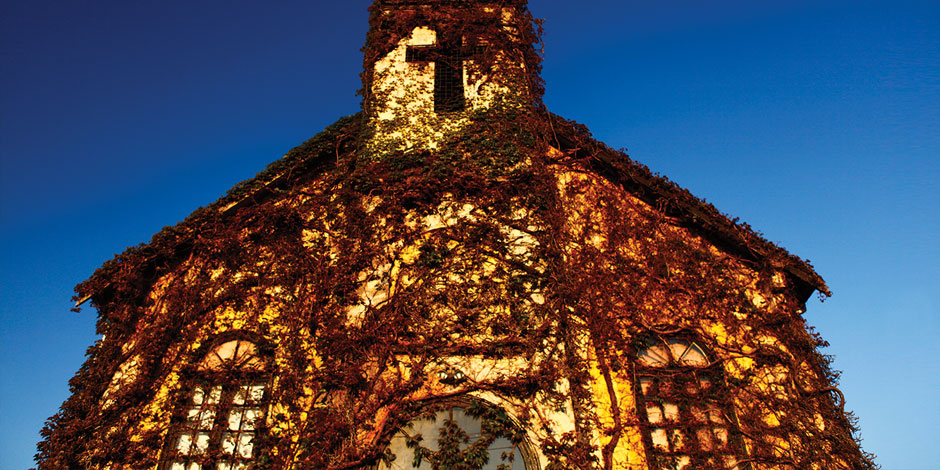 Opening the doors to change.

When I was a little girl in the 1960s, we’d play hand games to amuse ourselves: cat’s cradle, shadow puppets, and a charming little finger riddle that had us chanting to each other “This is the church, this is the steeple, open the doors and here’s all the people.”

Fifty years later, the chant now is “Where’s all the people?”

Look in any weekend paper and there are still a number of churches advertised, but decreasing and aging membership is taking its toll on traditional worship practices. Within my own community, Cumberland United Church–reduced to a few dozen members–is no longer self-supporting. The church with the red tin roof on First Street is expensive to heat and maintain and efforts to rent out the building for other uses is not bringing in enough revenue to continue to keep it viable. After almost 130 years, the church will close its doors later in 2017.

I admit, my own church attendance has dwindled. Most years it’s limited to the Christmas Eve service. I love singing Christmas carols, dressing in the old choir robes and taking a seat at the front of the church. The pews are packed and every child that comes through the door is whisked below stairs and outfitted for the Living Nativity. There are always enough angel and shepherd costumes to go around and the Wise Men and Mary and Joseph roles go to the children who attend the church on a regular basis. Sometimes there is a real baby to play the role of Jesus.

All the hymns are familiar, at least to most of the adults. Children make good theatre, walking or toddling up to the front as the nativity story is told. The church darkens and successive waves of candles illuminate the space. It is unbelievably beautiful. The children stand in their costumes and tinsel wings and their eyes shine in wonder, waiting for their candles to be lit. We take bets in the choir loft if this is the year the tinder dry wooden church goes up in flames because some child has dropped their candle. But it hasn’t happened and is unlikely to as there may not be a service this Christmas.

The future of the Cumberland United Church building will be up to the diocese, although members will have a say. With its wonderful acoustics it may become a sound studio–or perhaps another theatre like the Old Church Theatre in Courtenay, or even a meeting space like the Little Red Church in Comox.

But ultimately, the loss of this church is also a loss to our community. In addition to providing spiritual guidance to congregations, local churches do important work with the vulnerable, offering a listening ear and compassion at the soup kitchen and coffee hours, supported by all denominations. Churches provide community focal points that bring people together to help others, to enrich each other. Of course there are other non-profit and ad hoc groups that do good work besides churches, but that continuity of care, that deep knowledge of village life, is missing.

The world is a less friendly place when Go Fund Me campaigns replace casseroles from neighbours and fundraisers at the local church.

The Cumberland United Church bell has pealed thousands of times over the years–every Sunday before the service, at weddings, and for special occasions. It’s tolled in sorrow for the dead from mine disasters. Each stained glass window in that church is unique: the older glass along First Street is a symbolic representation of the other churches in Cumberland, with the largest window on the Penrith Avenue side installed in the 1990s, illustrating the history of mining. The 166-year-old Hunter pipe organ came around the horn of Africa and was purchased from the Courtenay Presbyterian Church in 1952, paid for in installments because it has always been a church for the working class. The front doors are made of reclaimed wood from the 2006 Stanley Park storm.

Generations of local families have celebrated milestones in this church. There is so much history to celebrate and remember and I am optimistic that whatever happens, the next chapter of the life of this building will be something special. 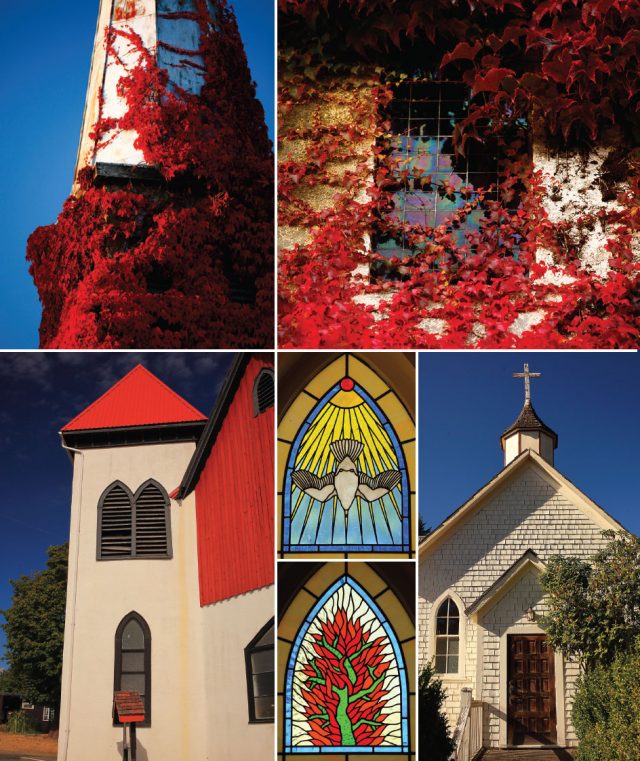