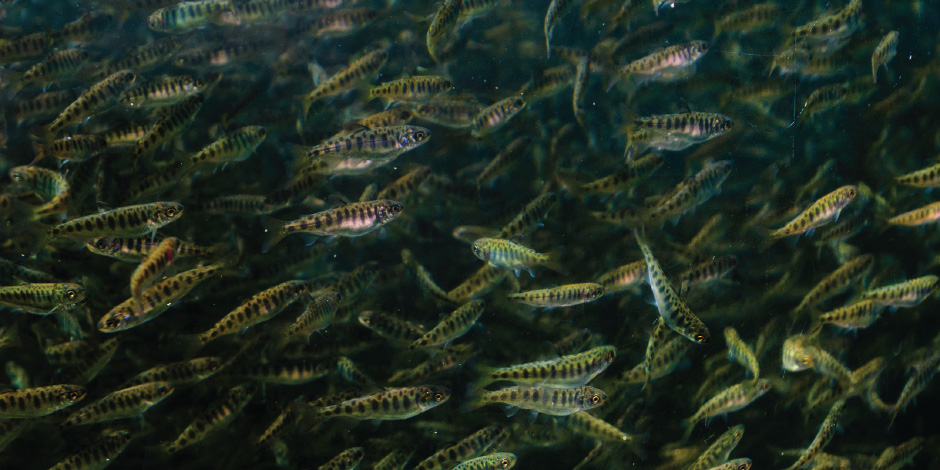 Paddle to the sea

As a very young child, I enjoyed my mum reading to me the story of Paddle-to-the-Sea by Holling C. Holling. It is a magical message-in-a-bottle story of a young First Nations boy who carved a wooden effigy of a person in a canoe, and set it in Lake Nipigon in hopes that it would find its way through the Great Lakes to the Atlantic Ocean. Along the path of this downstream migration, Paddle-to-the-Sea encounters many obstacles, but each time, by chance, people are there to help overcome the challenges. Similarly, good-natured people carry the news of the successful journey back across the seas and up the watershed to the boy who first set Paddle-to-the-Sea off on this epic adventure.

This story taught me many lessons that I did not fully appreciate until later in life. In simplistic terms, it was my first conceptual exposure to the Earth’s hydrologic cycle. It is also perhaps an allegory of the salmon life-cycle. On a deeper level, the role of humans as stewards of the land and waters is suggested. Take what you need, but give back enthusiastically to keep the cycle alive and well.

Unfortunately, this ethic has not been a touchstone of human development as of late. Narratives of depletion, extinction, and climatic collapse dominates the airwaves. Never before has the importance of exposing our children to the awe and majesty of life on earth been more important. Never before has the moral imperative of environmental stewardship been so important. The Puntledge hatchery offers our children both of these learning opportunities.

Salmon has sustained human life in the K’omoks Valley for untold generations. However, 150 years of cumulative impacts from mining, logging, hydroelectric development, agricultural expansion, urbanisation, and overfishing has decimated the once abundant wild fish populations. Toxic leachate from the abandoned Mt. Washington Copper Mine poisoned the Tsolum River to such a degree that it was officially considered a dead river by government agencies. The fall run of Chinook in the Puntledge dwindled to such a small number of returning spawners that Fisheries and Oceans Canada (DFO) considered the run extinct. If our local rivers and streams were people, many of them would be in critical condition on life support in the hospital. Hatcheries can be the mechanical heart keeping the comatose patient alive in hopes of a full recovery sometime in the future.

Recovery can happen, but the restoration of a river and its fish is invariably an epic and multi-faceted journey. The bold and successful efforts of the Tsolum River Restoration Society is a perfect case in point. Having worked tirelessly to cap the toxic mine effluent, the Tsolum has recovered from as few as ten Pink salmon to annual returns exceeding 125,000. 4.2 million out-migrating wild Pink fry were counted in 2016. Hardly a dead river.

Hatcheries are not everyone’s thing. Some scientists and conservation-minded sports fishers increasingly sound the alarm that hatchery-raised fish compete with wild fish for food and other resources, pose genetic concerns and suggest that hatchery-raised fry may not be tough enough to handle ocean conditions compared to their wild siblings. Domestication of salmon?

However easy it may be to paint all hatcheries with the same brush, the managers of the Puntledge Hatchery go to lengths to address these issues through thoughtful and science-based management. For example, to contend with the issue of competition with wild fish, Puntledge Hatchery fry are released into the river well after the wild fry have migrated downstream, into the estuary and out to sea. This gives the wild fish the advantage of taking first crack at the natural food resources thereby reducing the likelihood of competition. Similarly, the Puntledge Hatchery is extremely careful in not mixing the genetically distinct runs of summer and fall Chinook in their breeding programs. Each fish taken for its eggs or milt is genetically tested to ensure its pedigree is not mixed. Even returning spawners are sampled to determine their specific genetic heritage.

According to DFO’s Watershed Enhancement Manager, Laurent Frisson, this persistent and scientifically diligent approach has resulted in some key successes. The Puntledge Hatchery is largely recognized for the recovery of the endangered run of fall Chinook in the Puntledge system. Where once these fish had been reduced to a hopeless number of returning spawners, a successful hatchery program has recovered the population to a self-sustaining run of thousands each year. Nearly 9,000 returned last fall.

What strikes me about the hatchery is not its spectacular tanks filled with millions of salmon fry, it’s the array of ancillary programs and initiatives that the DFO hatchery staff perform in support of wild salmon. Simple things like continuously counting the numbers of fish moving up and down in the Puntledge system is a seemingly straightforward task which in fact requires monumental, continuous, and sustained efforts. This program provides critical data to fisheries managers and other scientists. Fertilizing the malnourished river systems by depositing the carcasses of spawned out Chum throughout the upper watershed is done by hatchery staff in partnership with the Courtenay and District Fish and Game Protective Association, the Steelhead Society of BC, and BC Hydro. Contributing expertise to ENGO-lead habitat restoration projects provides yet another example of a critical role supported by the hatchery staff.

There is nothing quite as magical as releasing a salmon fry into a west coast stream in hopes that it will journey to the sea and back. The first time I held a live fish in my hands was under these auspices. I believe I was six-years-old. I clearly remember clutching the transparent plastic sandwich bag tied neatly at the top, bulging with water; a single, beautiful, salmon fry hovering within. Along with my Grade 1 classmates, we marched dutifully from our classroom to Todd Creek near Victoria to release our hatchery-raised fry into the wild. Whatever happened to that fish can never be known. What happened to that boy was transformative. 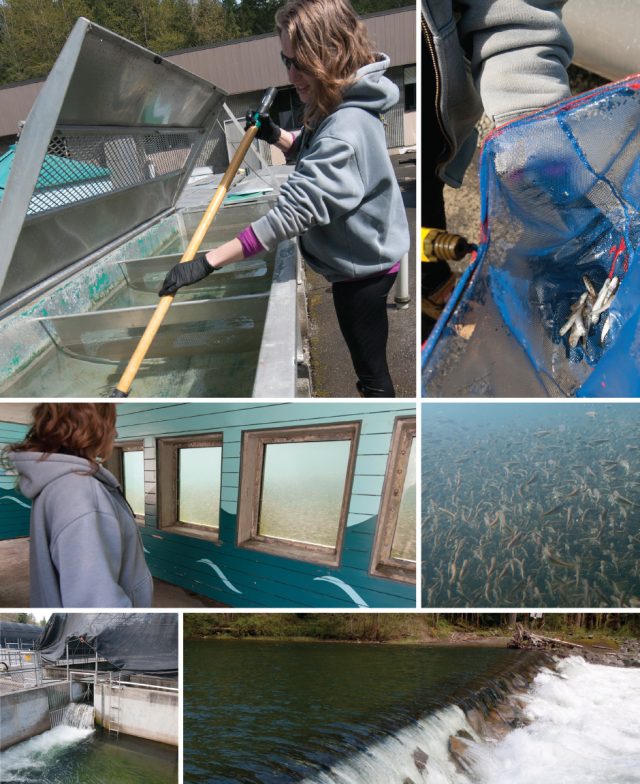