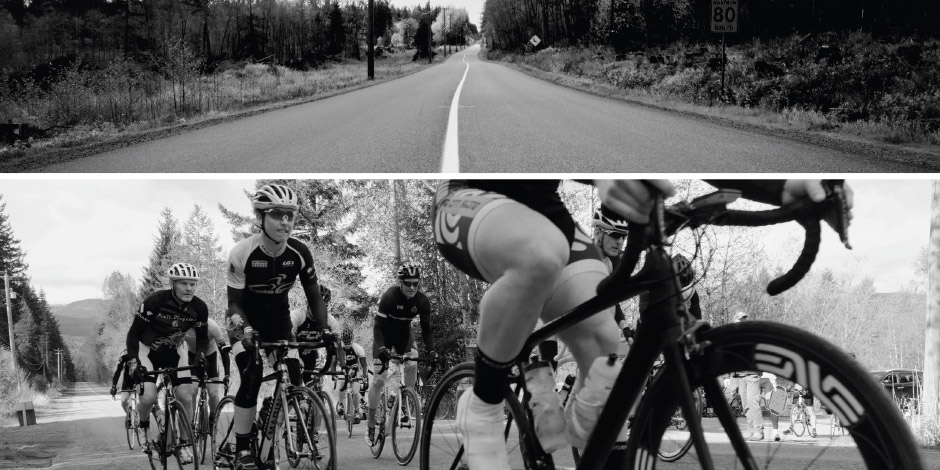 The Comox Valley enjoys a reputation for clean living, and rightly so. With inviting beaches meandering along vast stretches of coastline, epic mountains looming large over the land, and wilderness all around, the area represents a true outdoor labyrinth.

Add to the scene a steadily growing collection of two-wheeled warriors, on trails and roads alike. Cycling has become both a bona fide sport and a leisure activity especially prevalent in the Valley throughout the dry months. Riding bikes has come to mean different things to different people, whether commuting to work, casual jaunts on weekends with friends, or more intense sessions grinding fast intervals and climbing recons up gut-busting inclines such as Hardy Hill or Mount Washington.

John Van Der Vliet, a local cyclist and former professional bike racer, recalls the emergence of the sport locally. “Twenty or thirty years ago when cycling really first started in the Valley, if you came across anyone in lycra you turned around and just rode with them. There really weren’t many of us out there. Nowadays there so many people out and about, different groups riding different routes. It’s great.”

Van Der Vliet, along with a small handful of other local riders, was instrumental in the formation of the Comox Valley Cycling Club (CVCC) back in the mid-1980’s.

“We had races through the streets here before there were many stop signs and traffic lights,” he adds. “And riders from Campbell River and Hornby Island would come and join us on race days. It was a tight-knit community.”

Regarding the steady surge in cyclist numbers in the area, Van Der Vliet suggests the temperate climate, the decent roads, good local bike shops, and the relatively favourable tolerance of local drivers have all helped nurture a ride-friendly region. That said, he points to the good work of organizations such as the Comox Valley Cycling Coalition, who have been the driving force behind initiatives aimed at making the Comox Valley more bike friendly, such as widening roads to include a safe riding shoulder zone. Their mission: “To create a safe environment for cycling in the Comox Valley and encourage cycling as an effective, economical, healthy and environmentally friendly mode of transportation.”

In terms of organised road riding, the Comox Valley Cycling Club–with their main focus stated as encouraging participation in the sport of road cycling with an emphasis on junior rider development–offers sanctioned road-races and weekly time trials throughout the warmer months. Included in this is a lung-wrenching climb up the slopes of Mount Washington. The club has a weekly Sunday morning ride and welcomes riders of all abilities.

Road riding in the Comox Valley is a high-growth fitness and leisure activity, and for good reason.