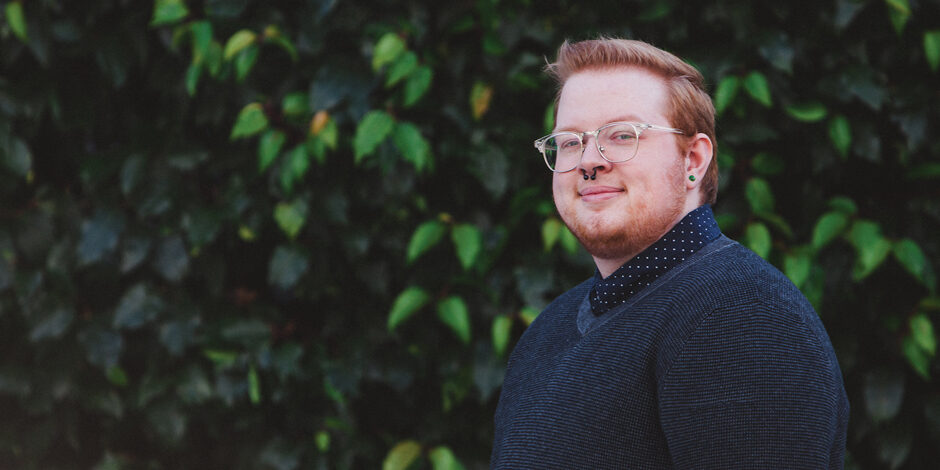 A small-town boy reflects on coming out in the Comox Valley.

“Hi, I’m Sam. I’m trans.” I start quite a number of conversations this way, and although it’s an unfortunate reality to have to disclose something so personal so frequently, it’s a great privilege to be able to do so safely, and freely, if I want to.

I was born and raised in the Comox Valley, and, while I’m thankful to have grown up in a small place for several reasons, support for the 2SLGBTQ+* community here in the Valley leaves a lot to be desired.

I want to acknowledge that everyone has different experiences. My experience is by no means what everyone will go through if they are 2SLGBTQ+ in a small town, but there are often considerable similarities.

When asked how or when they realized they were 2SLGBTQ+, some say, “Oh, I always knew.” I’m not one of those people. Throughout my adolescence I came out a few times as a number of labels before finally landing on trans and queer.

Now, looking back at everything I’ve experienced so far, how I’ve acted, and all the feelings I’ve had, it all makes a lot more sense.

I was good at pushing suspicions of being trans out of my mind for quite some time, and not just because denial is one of my talents. Part of it was because the Comox Valley lacked representation: I did not know anyone like me where I lived.

Before I came out as trans, I feared how I’d be treated and wondered if I’d be kicked out for being who I am. This is what happens to 2SLGBTQ+ kids: they get bullied, they get kicked out, and then they kill themselves. These are the stories we hear, especially out of small towns, and they are backed up by tragic statistics. In Canada, more than half of trans or non-binary individuals experience gender-based discrimination. And according to a study by the Human Rights Campaign, up to 40% of homeless youth are 2SLGBTQ+—and many are homeless primarily because their families have rejected them.

I was fortunate. Most of my family members were accepting, and those who weren’t came around once they saw how happy I was living as my true self.

There’s a widely held perception that small towns are safer places to raise a family and live in. Safer for who? The answer isn’t usually “queer people.” Small towns can harbour a lot of intolerance and prejudice. I’ve been called a wide variety of slurs; I’ve been shoved out of men’s washrooms at local bars; I’ve had people throw garbage at me from cars as they pass by.

But I’ve also gotten to know a strong, tight-knit community of other 2SLGBTQ+ folk who care about the future in this valley. That’s the nice thing about being somewhere small: we can build a better community. Through GSAs** in the high schools, local pride groups, or the Qummunity Connections youth group at the Wachiay Friendship Centre, we’re all working to make this valley a safer and more supportive place for 2SLGBTQ+ people to live and grow.