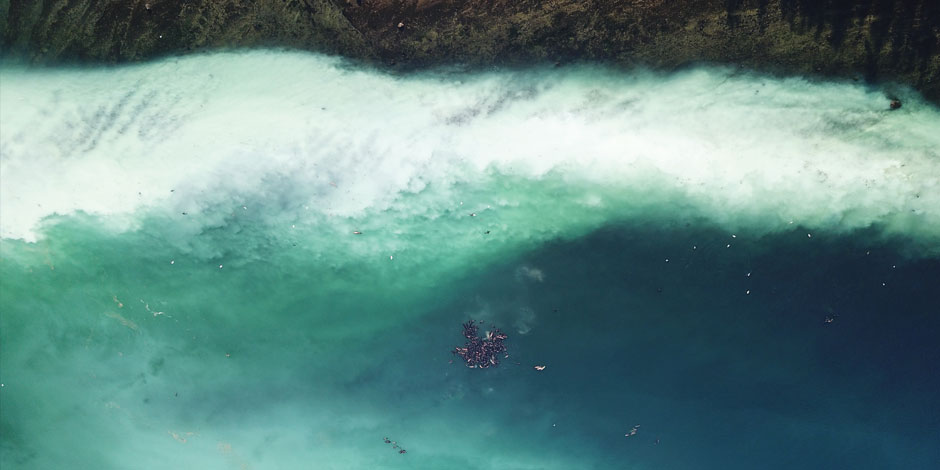 Roughly one-sixth of Denman Island residents are a member of the Association for Denman Island Marine Stewards, an organization doing work on the ground for the sake of surrounding waters.

The Baynes Sound herring spawn in March is a spectacle, and the largest of its kind. About 38% of all the herring on the west coast spawn here. Amidst the spawn, the waters along the beach bubble with countless silver fish. The skiffs launch among them, carrying nets from large ships. The fishers call, the sea lions hunt in packs, barking away, and the gulls and eagles dive. Transient orcas and humpbacks rise and descend to feed.

It is a prolific phenomenon, and is only one of many displays of biodiversity in Baynes Sound that has been present since time immemorial. It is now under threat—many threats, in fact. Run-off from poor sewage systems, roads, and unmaintained septic systems, as well as pervasive plastics, degrade this environment. For 20 years the Association for Denman Island Marine Stewards (ADIMS) has worked to protect this crucial habitat.

International ocean scientists describe the area as a treasure, and it has been designated an Ecologically and Biologically Significant Area (EBSA). In 2014, the Department of Fisheries and Oceans (DFO) described its protection as vital, calling it an essential ecosystem for the survival of the Pacific food web. Baynes Sound and Lambert Channel, between Hornby and Denman Islands, are recognized internationally as important feeding areas for thousands of migratory birds and mammals heading north to reproduce. Fifteen salmon-bearing streams flow into the ocean here, and it is an ideal nursery for young herring and salmon, and for the fry of many other fish species.

It’s also an ideal nursery for the shellfish aquaculture industry. Ninety percent of the west shore of Denman Island is covered in the rebar, anti-predator netting, and grow-outs of the oyster and clam farms. Across Baynes Sound on the eastern side of Vancouver Island it’s the same for large stretches of the inter-tidal zone. Fifty percent of all shellfish farmed on the west coast are farmed here.

Annually, ADIMS, its eight directors, and 200 members (on an island of 1200 people), spearhead a massive beach cleanup. Last fall’s haul was six tonnes of plastics, ninety percent of which was debris from shellfish aquaculture. The plastic debris is hazardous to people, mammals and diving birds, not to mention microplastics sloughed off by tidal action from netting, oyster trays, and PVC pipes. ADIMS has worked closely with MP Gord Johns, who last fall successfully brought Motion 151 to parliament “to develop a national strategy to combat plastic pollution in and around aquatic environments.” This motion was unanimously passed by Parliament 288 to 0 on December 22, 2018.

It isn’t ADIMS’ only collaboration as they combat threats to the Salish Sea. For the past two years, DFO and the shellfish industry have joined ADIMS during the annual beach cleanup by concurrently cleaning up the west side of Baynes Sound. In addition, the Islands Trust and World Wildlife Fund hosted the first Baynes Sound and Lambert Channel Ecosystem Forum last year with the goal, according to director Barbara Mills, “of addressing further degradation of these vital waters.” BC Shellfish Growers Association was represented at the forums, as were DFO, the provincial government, three First Nations groups, and approximately 30 other government, community, and environmental groups. Moreover, ADIMS and the K’omoks First Nation Guardian Watchmen are currently co-sponsoring scientists from UBC to track the presence and accumulation of microplastics in herring larvae and zooplankton in Baynes Sound from February to August of this year, in an attempt to ascertain their impact on this keystone species.

Mills says that the work of the organization aligns with the values of Denman Islanders. “We are an organic island. We are pesticide free. We work to advocate for protection and preservation of the ecological integrity of the ocean surrounding our island. Our Official Community Plan specifically stresses the need to protect the herring spawn and to ensure that the use of foreshore and offshore water does not result in damage to the natural environment. We are delighted that other allies are joining us in these important initiatives.”

ADIMS is open to new membership and volunteer opportunities. For more information or to get involved, please visit adims.ca.