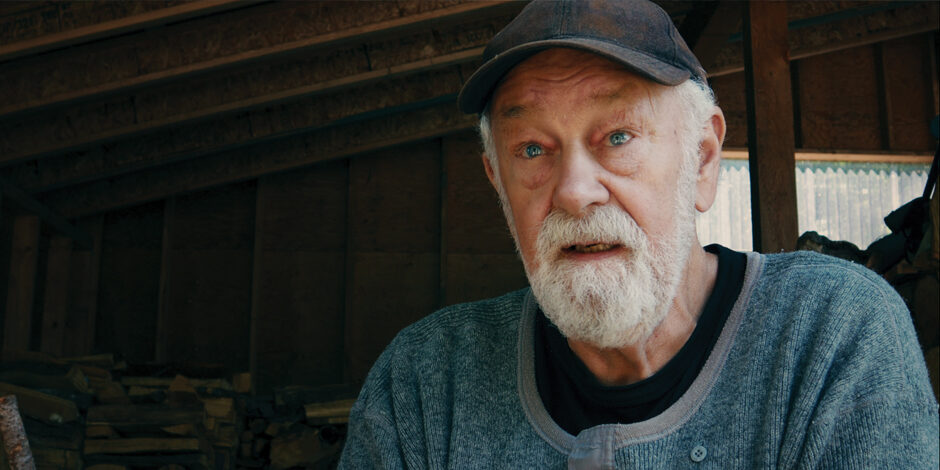 PUTTING DOWN THE SAWS

For British Columbians, whether or not we are directly involved in the industry, forest products are us.

When I first read The Golden Spruce*, I thought, “How have I lived in this province practically my entire life and never read about the history of something that’s woven so intricately into our history, cultural identity, politics, and economy?”

I spent my childhood in Campbell River, where it was rare not to be connected to someone in forestry. When I was about 10 years old, I took a ride on one of those big trucks deep into logging territory along an impossibly narrow, steep road with my friend and his dad.

Sy Pederson is a former faller and has been in forestry, like his father, for a good portion of his life. He’s now retired, but far from idle. He happened to discover acting and starred in his first film—which incidentally centred around logging—in 2003. These days he’s actively making independent short films with a community of people in the Comox Valley who share a passion for this sort of thing.

I met Sy when my daughter, Cadence, was cast in a short drama Sy was starring in. He is a calm and thoughtful grandfather type with terrific stories about log harvesting, along with its history and politics.

Sy’s latest short, independent film, Tree Killer, is inspired by his experiences with logging, his connection to family, and a keen awareness of environmental issues.

The film refers more than once to the story of three loggers who were working in the White River valley near Sayward one day in 1990. When they came across a magnificent stand of giant Douglas firs, red cedars, and other majestic trees, they couldn’t bring themselves to fall such beauties.

At the time, Sy was the president of Local 363 of the Industrial, Wood and Allied Workers Union of Canada (IWA), of which the loggers were members. Sy became involved in helping turn a narrative of three defiant fallers who refused to follow orders into one where the union, the press, and the community could recognize the area as a special place and work to preserve it.

Even MacMillan Bloedel, the giant company which employed the three men, was persuaded to get onside, and, in 1995, this extraordinary, environmentally sensitive area—which has been compared to Cathedral Grove—became a provincial park.

The name Tree Killer came from Sy’s memory of his granddaughter calling his father a “tree killer” when he explained the nature of his work to her. The film is written by Sy, directed by Chukwumuobi Obasi, and produced by Sy and Steve Lindsay. Sy plays the part of Mike, a retired faller. Mike’s granddaughter Emma and her friend, Jacob, have significant roles as the force behind Mike’s logger friend Marty’s change of heart when it comes to preserving special places.

When we think of loggers, we often think of men who believe that those opposed to the devastation of old growth are opposed to their industry in general. Sy’s film demonstrates that balance is a necessary part of the process, and that youth are an important part of it.

It’s inspiring to me to see a group of creative, talented people working together to support the vision of a man like Sy, who’s got stories to tell and a lifetime of experiences to share. Who knew we had this fruitful micro-culture thriving in our Valley?

Tree Killer deals with a hot-button issue: the preservation of old-growth forest for the health of the planet and its inhabitants. At a time when places like Fairy Creek are being occupied by protesters wanting to preserve what little remains of the province’s ancient forests, and climate change and its consequences are all over the media, Sy’s film is both timely and relevant.

Support independent creativity. Look for Tree Killer on a platform near you.


*John Vaillant’s 2005 bestseller about logging in BC, centred around a rare Sitka spruce in Haida Gwaii.