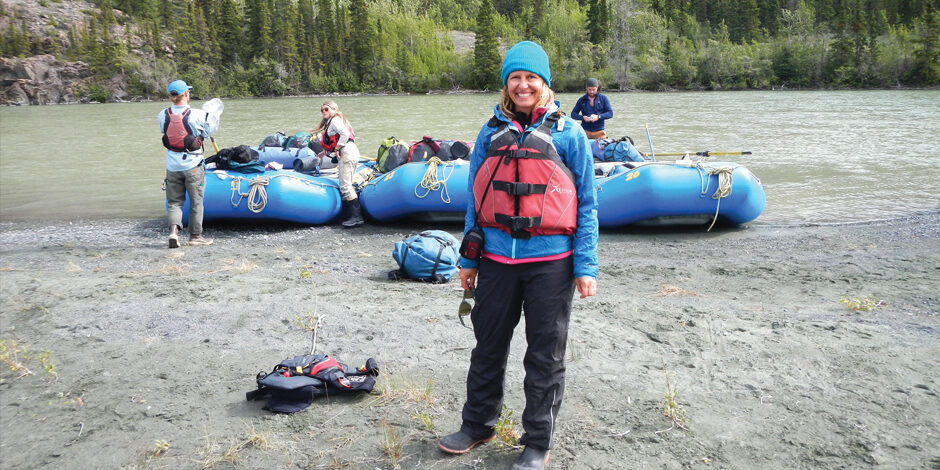 A remote journey in search of scenery and self.

In August 2020, I travelled to a magical corner of the world where there are more glaciers than anywhere outside the polar regions. I had saved for this guided rafting trip with Canadian River Expeditions, a trip to celebrate my 50th birthday, and for six days, I would have no contact with my family or usual life.

As a painter, nature nut, and mom, partly I just desired the chance to idly drift past beautiful scenery and abundant wildlife, and not have to think about what was for dinner—but the benefits of this adventure extended far beyond that.

The Alsek River starts in Kluane National Park (not far from Haines Junction, Yukon) and flows across the British Columbia (BC) border into the Tatshenshini/Alsek Provincial Park. Its ice-cold water, Class IV and V rapids, and icebergs mean it’s not recommended for the casual river paddler. And due to COVID restrictions, this rafting trip had a fraction of the usual number of guests; by the time our expedition put in, only a handful of people had been on the river all summer, which meant the grizzly/person ratio favoured grizzlies.

Initially these details made me a wee bit nervous, but once I was on the raft, I felt strangely free of worry and able to fully enjoy the present moment. As always on trips, I brought my sketchbook and had a few chances to sit and draw. I also took plenty of photos, since I knew I was going to be painting a scene for the rafting company as part of my trip fare after returning home. I didn’t have the time to truly connect to this place which so strongly contrasts with my home on Vancouver Island but, even so, my experiences are likely going to filter into some of my future paintings, which are loosely about “personal journeys.”

Initially our crew—three guides and five guests—enjoyed mild weather, but it became cold and wet after a couple days, plunging down to a chilly four degrees some nights. (Since I’d been swimming in the Puntledge River just a few days before, this felt uncomfortably cold.) I had brought a couple changes of clothes, but eventually I just ended up wearing all my clothes, all the time—which made the shower at the end of the trip that much more enjoyable.

The briskness only heightened the severe rawness of the landscape and intensified the camaraderie of our group. The guides, like magicians, were able to make a fire on a rocky beach without dry wood and conjure up miraculous, fresh-baked cinnamon buns and delicious coconut chicken curry from mysterious metal boxes. Our skookum tents and rain gear also kept our spirits high and totally dry.

On the fourth day, after we’d paddled past vertical sheets of wet gray slate and a chocolate-brown waterfall, peculiar swaths of aqua blue began to appear in the distance. Soon we approached a group of white and blue ice shapes which resembled a floating modernist sculpture park. Some of these icebergs were the size of small houses, and we could hear sounds like distant thunder as they rolled over in the water. We had arrived at Lowell Lake, where the Lowell Glacier slowly calves into the Alsek River. We camped at this unearthly spot for two nights and climbed nearby Goatherd Mountain to get a view of the scene, which I later painted.

The end point of our trip was Turnback Canyon, aptly named for its notoriously dangerous Class V rapids. Here we packed up and boarded a helicopter to head back to Haines. From the air we saw spectacular views of the high country we’d just travelled, the river like a winding, sparkling, silver snake.

Carl Jung said, “The privilege of a lifetime is to become who you truly are,” and when I reflect on this adventure, I see that it gave me a glimpse of who I am, independent of my usual surroundings, identities, and routine. (And I’m definitely a person who loves guided rafting trips.)

Having time away, meeting new people, overcoming fears, and exploring nature in all her glory, strengthened my faith in things I value: love, adventure, friendship, health, freedom, and creativity. The experience left me both grounded and exhilarated for months.

Really, the birthday gift to myself was—my self! 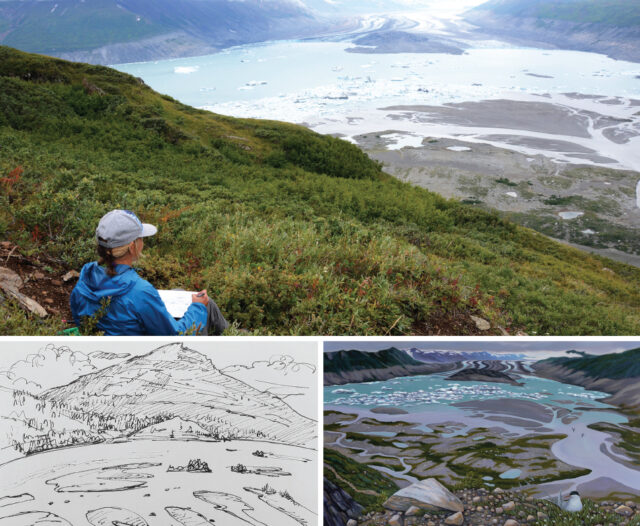