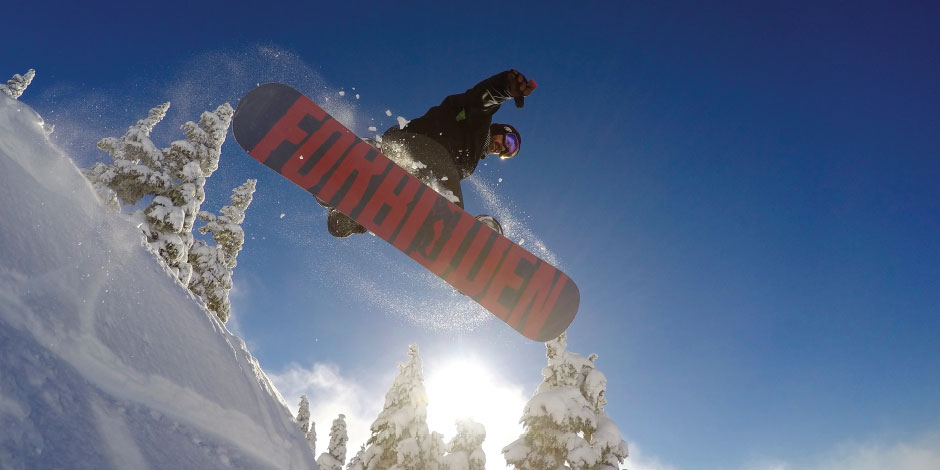 Iconic and quirky, Mount Cain is more than a mere ski hill. It’s a cog set of individuals making turns for themselves and for the better.

“Nature abhors a vacuum.” This is what Jeff Jones, the secretary of Mount Cain’s board, used to say. And then suddenly, purposefully, and without fanfare, he was gone.

The seasons at Mount Cain don’t always change in accordance with the calendar. Sometimes they happen through the years. Or through the people. Like a carnival, the tiny ski hill near Woss on Northern Vancouver Island is a quirky carousel which requires constant care. The two t-bars must be maintained. Snow clearing plays havoc with the heavy machinery. The snow cats need to be inspected and repaired. It takes more than carnival barkers alone to run the show.

There’s been much written about Cain over the years. Powder and parties dominate the tales. The subtler stories lie behind this veil. A steadfast cadre of Santa’s elves toil away in the shop, on the books, in the ski school, and deep in the cogs of a mostly well-oiled machine. It transports the enthusiastic skier seamlessly from the bottom of the road to the top of the t-bar… most of the time.

A remote community ski hill like Mount Cain runs on homegrown solutions for unique situations. Help is often a long—and expensive—call away.

Every year, the number of people willing to work in the bush diminishes. Ingenuity becomes rarer. Mount Cain’s Board of Directors often wrings its hands and devises plans to somehow keep the mountain going.
Enter the kids. Mount Cain is often the first job on a North Islander’s resume. Some learn valuable skills in safety and time management and, as time goes on, graduate to larger roles on the mountain and in the ski industry.

The director of grooming operations, David Howich, describes his experience with teenaged groomer operators, Jessie Sewell and Avery Walker, as one that diffuses the clichéd trope of device-addled youth. Sewell and Walker work in grooming and maintenance with the snowcats on the mountain, having put in
over 50 hours to learn the intricacies of these delicate, expensive machines. Sewell’s goal of becoming a heavy-duty equipment mechanic is being aided by the apprenticeship hours gained at Mount Cain. Walker
has the touch of a master sculptor in the grooming department, a skill that takes most people years to hone.

The Warkentin clan from Cortes Island are another group that found their calling on the mountain. Matriarch Doone Warkentin describes Cain’s true value as a place where mentorship thrives. Their daughter Tara has ski instructed since she was 15 years old. Now attending QUEST University in Squamish, Tara is drawn to leadership in outdoor mentoring, and finds she’s able to interact with a diverse range of generations with ease. Kellen Warkentin—arguably Mount Cain’s best up-and- coming skier—joined the Junior Ski Patrol when he was 14. His passion for the mountains is undeniable. With an eye to joining a larger mountain’s pro patrol, or break into the world of ski guiding, his unabashed need for the world of glissé has an air of constructive utility. It’s far more enjoyable for a parent to pronounce that their child is a mountain medic than a mere ski bum; one can pretend that they’ll attract a better class of friends.

In a world filled with constant change, the community is stubbornly steadfast about keeping things the same at Cain. Jeff Jones may have left a vacuum in his wake, but the new generation he helped foster are filling more than empty employment positions. They’re filling their souls, and Mount Cain will continue to endure because of it. 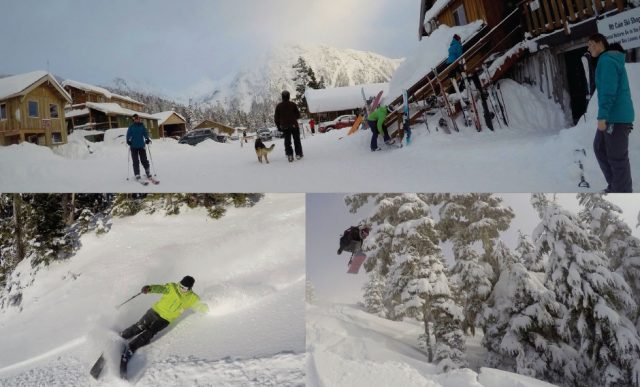