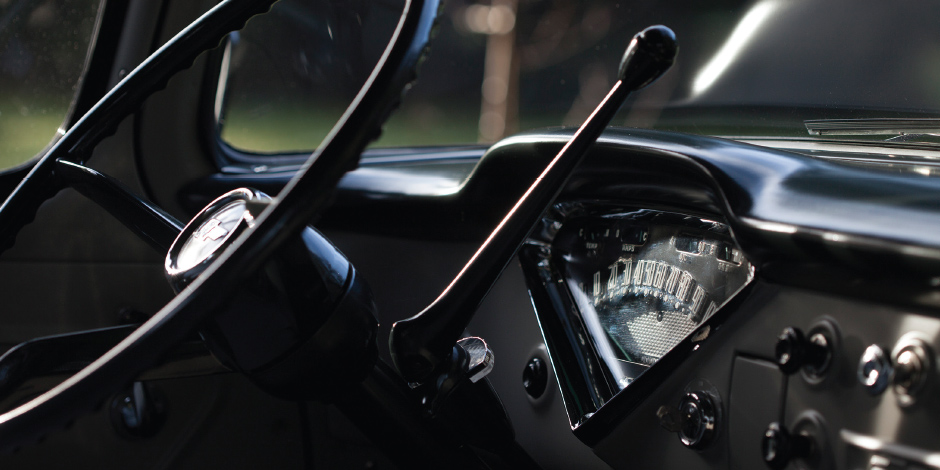 North Americans love their cars. No matter how hard we try to avoid it and might hate to admit it, the automobile is an essential and integral part of our North American lives. Even with soaring gas prices, although that statement is not as relevant now as it was a month ago, we still rely on our cars and trucks. For some, they are utilitarian; being used for work and taking kids to school. For others, they are objects to be collected and coveted: vintage restorations, super charged hot rods and modern day classics that are rarely driven and often tucked away in garages and under tarps to come out only when the weather is nice or the Canada Day parade beckons.

Located on a quiet rural side road, just north of Merville is Exquisite Auto Creations. It’s a small father and son automobile restoration business run by Russ and Casey Schoenfelder. The property is a treasure trove of antique signage, restored gas pumps and vintage cars in various states of decay awaiting their turn to be brought back to life by this pair of craftsmen. As I tour their property I am distracted by the shell 1967 Mach 1 Mustang Fastback in the midst of a rebuild. I am further diverted when I stop to admire my reflection in the mirror finish of an MG. I continue to lose my train of thought as I scan shelves of vintage metal toys including a Tonka Toy dump truck similar to one I played with 40 years ago.

I can’t help but get nostalgic; I tell the pair that when I was 6 years old my Mom and Dad brought my little brother home from the hospital in a 1969 Ford Mustang Fastback. I remember every detail of that car; the louvered rear windows, the back seat that didn’t have a seat belt, and the 6 rectangular brake lights (3 on each side). Russ explains that it is this sentimentality (and disposable income) that fuels the automobile restoration industry. Their customers often bring in cars that they have a deep emotional attachment to: the first car they ever drove, their grandparents’ forgotten car left to rust in a garage, or the car that they had always dreamed of but could never afford at the time.

Contrary to what Discovery Channel might lead us to believe, this is not an industry with corporate sponsorship, quick turnaround times and 7 figures in annual sales. The reality is that competition in this industry is fierce, 5000 hours to complete a single build is not uncommon and “project creep” is certain if there is not a structured plan. I am also told that the restoration and hot rod industry is one that is waning as people have less income to dispose of. But it’s Russ and Casey’s reputation for being passionate craftsmen, along with word of mouth marketing and repeat customers that allow them to continuing doing what they love.

Russ’ story reads a little like a Ron Howard screenplay. He grew up in Campbell River and started wrenching on and refurbishing cars as a teenager. He spent a year at UBC before working at the pulp mill but didn’t stay there long either. He soon found himself with a job as an auto body technician at a local shop which eventually led to opening their shop now located in Merville. When I asked Russ what brought him to Merville, he told me it was for the girls. It turns out that it may have just been for “a girl”. I catch a glimpse of how fiercely sentimental he is of his own good fortune to create a life with someone he is just as passionate about, as he tells me how he met his wife at the drive-in theatre that was once located just down the road.

Casey, tells me that he was “never really into cars” as a kid but an old picture of him playing with matchbox cars hanging above his Dad’s desk tells me otherwise. He is a welder by trade and, after a brief stint away, has returned home and has been working with his Dad for the past 6 years. Casey describes his role as being a fabricator; welding, machining, and assembling custom parts for all of their builds. His attention to detail and ability to problem solve is evident as he describes to me how he constructed the floor boards of the MG awaiting its engine and drivetrain.

Before I leave, I ask them if they ever get attached to the cars they restore. They tell me that on occasion they do, and then as they shake their heads in unison they tell me that they sometimes can’t wait to see some of them drive off the lot. I get the sense that for these two, their work is not about the finished product, although that is what pays the bills. For Russ and Casey it’s about meandering along the long road they took to get there and the relationships they have with their customers, their cars and each other. Whether that car gets driven or is parked in a garage under a tarp it doesn’t matter, because they have already started working on something else. 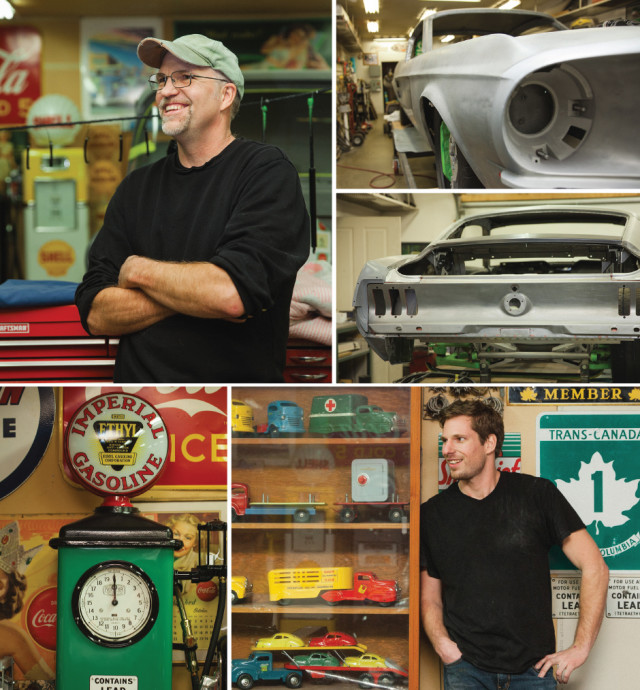