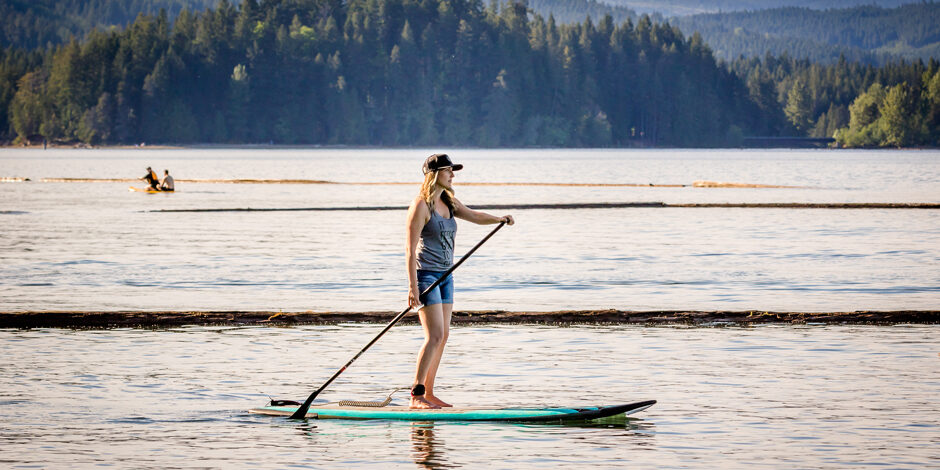 Four local governments working together for better parks and recreation management? It could be a reality very soon.

Imagine three siblings—Cumberland, Courtenay, and Comox—who tolerate each other, but aren’t exactly brimming with mutual affection. Add in a cousin—the Comox Valley Regional District (CVRD)—who has come to live in the house for an indeterminate amount of time, stuck amid this squabbling trio. You get the picture. Historically, regional cooperation has never been the Comox Valley’s strong suit.

However, this attitude may be changing, and it’s taken a pandemic to jumpstart some important discussions about people and place. As our collective communities have expanded in size and population, so too has the sense that cooperation will serve us better than competition. The last tumultuous year and a half has put this in sharp focus. Not only has COVID-19 added pressure on local real estate as urbanites cash out of the Lower Mainland, the Whistler-Vancouver corridor, and elsewhere, it has prompted a boom in outdoor recreation. More people than ever are exploring local parks and trails and connecting with nature.

Getting outside is therapeutic for mind, body, and soul—something people need these days. Nymph Falls, Goose Spit, and Cumberland Lake Park have never been busier. BC Parks had a record year in 2020, with more than 270,000 people booking campsites. And outdoor gear companies, from bike builders to tent makers, have experienced record sales, which is undoubtedly a pandemic upside.

All of this is causing civic leaders to reimagine how the Comox Valley will plan to meet the recreation, conservation, and sustainable transportation needs of the future. That’s the rationale behind creating a regional parks service that would be funded by the three municipalities and the regional district. Currently each of the four jurisdictions pays for and manages the parks within its own boundaries. It works, but it’s not optimal.

“The pandemic has highlighted the need for additional public space within our region. The response has been to encourage people to get outdoors and make use of the parks systems,” says Mark Harrison, who manages parks for the Comox Valley Regional District. “This has led to carrying-capacity issues, which have pushed the conversation around the potential need for a regional parks service to the forefront.”

The concept isn’t new. Other regions like Nanaimo and the Cowichan Valley have gone this route for parks planning and management. The big selling feature is that it makes coherent region-wide parks planning possible across municipal boundaries. It also reconciles an equity issue: as citizens, we don’t keep to our respective communities for recreation. Cumberland residents enjoy the beaches at Goose Spit Regional Park, which is funded by CVRD taxpayers, just as people from throughout the Valley use Comox Lake’s only official public access point, the Cumberland-funded Cumberland Lake Park Campground and boat launch. Comox residents stroll the Courtenay Riverway and Airpark, and folks from Courtenay flock to the Comox Municipal Marina for some takeout and a picnic.

But beyond the question of equity in use and funding, a regional parks service could make possible a land acquisition fund for both parks and conservation that benefits the entire Comox Valley. That may be its biggest selling feature.

Harrison says the scope of a potential regional parks service is yet to be determined—it could include parkland acquisition, operational funding, and transportation planning, or some combination of all these. At this point, it’s all on the table for discussion. A consultant’s report looking into what other regions have done is due to be completed by this September.

“It needs buy-in from all the municipalities. If there’s buy-in, then we’ll formally create a service,” Harrison says, adding that by early 2022 the necessary bylaws could be in place.

Long-serving Comox councillor Ken Grant says one particular place in the Valley (that he’d rather not name) has highlighted gaps in our ability to protect and preserve land. Let’s just say it’s on a river and its name begins with “S” and ends with “n.”

Scratch that. Let’s call out the elephant in the room: Stotan Falls. This iconic Puntledge River landmark has become a geographic pawn in an ongoing dispute between the regional district and landowner 3L Developments that has raised the stakes for a regional parks approach in a big way.

“We need a pot of money at the regional level so we can buy important properties like this when they become available,” Grant says.

People have an emotional attachment to Stotan Falls and have long treated it as a de facto public park. However, it’s been a legal quagmire that has occupied a disproportionate amount of the regional district’s board and staff time—and money. We can thank in part the sordid legacy of the 19th-century E&N Land Grant, with its clear-as-mud land titles that often split surface and subsurface rights among different owners.

“It would be more equitable. All taxpayers would be contributing instead of just one group of taxpayers,” McCollum says. “It would also allow for a much broader approach to conservation. We have some great groups in the Valley, like the Comox Valley Land Trust, and if they could partner with a single parks service and leverage their fundraising efforts, I think everybody would be better served.”

Kevin McPhedran, manager of parks and recreation for the Village of Cumberland, sees an opportunity to demonstrate much-needed regional cooperation that has been lacking in the past.

“It’s about future growth. Can we meet the needs of people with the current framework?” McPhedran says. “Cumberland is definitely a destination for recreation in the region, but the burden falls on the Village for managing this.”

The big takeaway from the superheated real estate market over the past 12 months is simple: people want to live in the Comox Valley. Green space and outdoor recreation are big draws. So it makes sense to get the three siblings and their cousin around the same table to integrate planning and management of parks and conservation for the future. You can’t replicate a place like Stotan Falls any easier than you can manufacture more oceanfront property—once it’s gone, it’s gone. 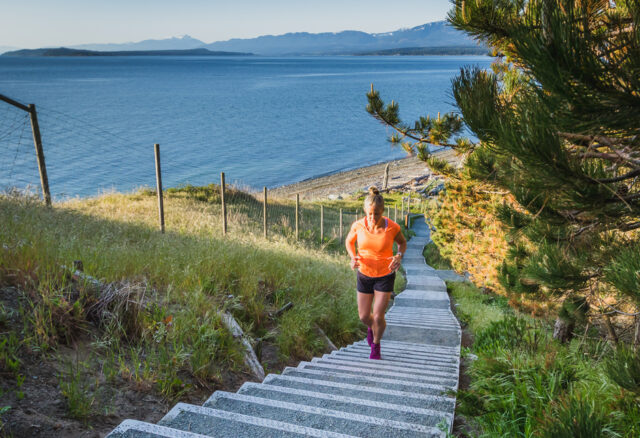