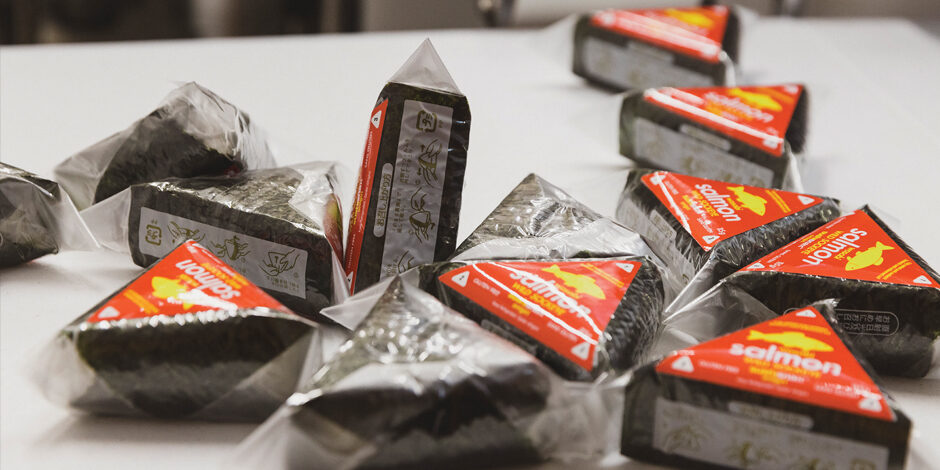 A Hornby Island entrepreneur takes a beloved Japanese seafood snack to the next level.

Hornby Island local Jake Berman first encountered onigiri while visiting his sister in Japan in 2006. This traditional Japanese food consists of a triangle-shaped bundle of rice and seafood, meat, or vegetables, wrapped in nori (seaweed). Much like sandwiches in the West, onigiri are readily available in convenience stores across Japan as a handy, nutritious option when hunger sets in.

After seeing onigiri’s popularity throughout Southeast Asia, Berman saw an opportunity to bring this on-the-go snack back to British Columbia. Fast-forward through ten years of brainstorming,  troubleshooting, and hard work, and, in 2016, Sushi Snax was launched at the height of the bustling Hornby Island summer season. The original lineup included salmon, tuna, crab, and lime/carrot. Shiitake mushroom and flying fish roe soon followed.

While you might not make it to Japan any time soon (thanks, COVID-19), you can find Berman’s onigiri at many of your favourite local grocers and other locations across Vancouver Island. As his business has evolved, so has his commitment to sustainable oceans. This may lead to some interesting innovations for Sushi Snax in the future.

That first summer, he started selling to the Hornby Island Co-op and expanded the following year to Denman Island and the greater Comox Valley. For the first three years, every single onigiri was made by hand, a process Berman describes as “gruelling, at times.”

If things went well, he figured, he could invest in a machine to help automate the process. “That was always the long-term goal,” he says.

Somewhere in those hazy first few years, after strong sales proved Berman’s concept worked on the West Coast, he got his onigiri robot to help speed up production and keep the Sushi Snax-loving masses happy. The robot (affectionately nicknamed Suzy) forms and automatically wraps each onigiri in nori, speeding up the production process exponentially.

For Berman, Sushi Snax is much more than a cute little sushi sandwich: he’s passionate about how his products contribute to a healthier society. “Health, to me, is more than the food we consume,” he says. “It’s how our food is grown, where it comes from, and how it impacts the environment.”

Originally, his vision was about finding ingredients without artificial colours, flavours, and preservatives. He quickly learned that many standard sushi restaurants use farmed seafood, but wild seafood was his choice from day one. This commitment is an integral part of the Sushi Snax mission.

Berman’s mom, Cath Gray, is the executive director of Conservancy Hornby Island, which has been at the forefront of the fight toward sustainable fisheries and oceans for the past five years, specifically in the realm of the highly controversial herring fishery. Inspired in part by his mom’s involvement in the herring battle, Berman has recently been diving into a better understanding of our oceans and the critical importance of their wellness and optimal life cycle.

Cell-cultured seafood starts with a real fish or shellfish that has already been caught. Cells are extracted from the fish and then propagated inside a bioreactor—that is, fed a special diet that includes glucose, proteins, and amino acids. Ideally, the resulting product will be very similar to wild-caught fish in texture and flavour.

This industry is still in its early days, but it’s easy to see the potential benefits: a consistent supply of seafood, no need to transport fish from ocean to cities, no more overfishing, and maybe even the end of the fish-farm era.

Using this type of innovative, sustainable ingredient in his product is exactly where Berman wants to go. With his strong, business-minded direction and concern for both humans and the planet, he’s already well on his way.


For more info on sustainable and cell-cultured seafood, check out Isha Datar’s TED talk “How we could eat real meat without harming animals” and “Meatless Meat: Bruce Friedrich On The Future Of Food” on the Rich Roll Podcast. 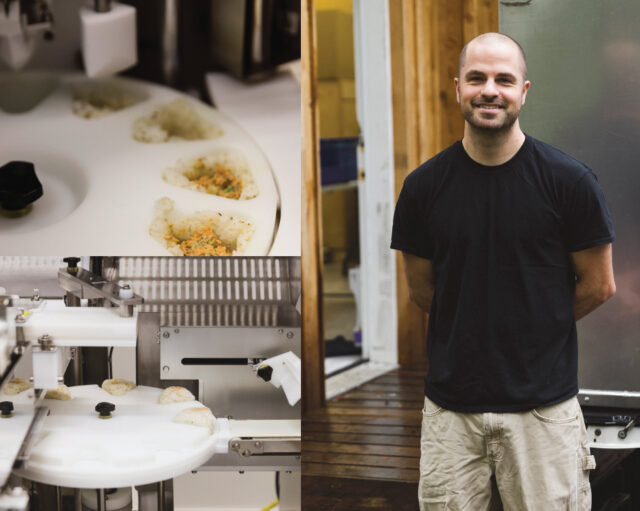