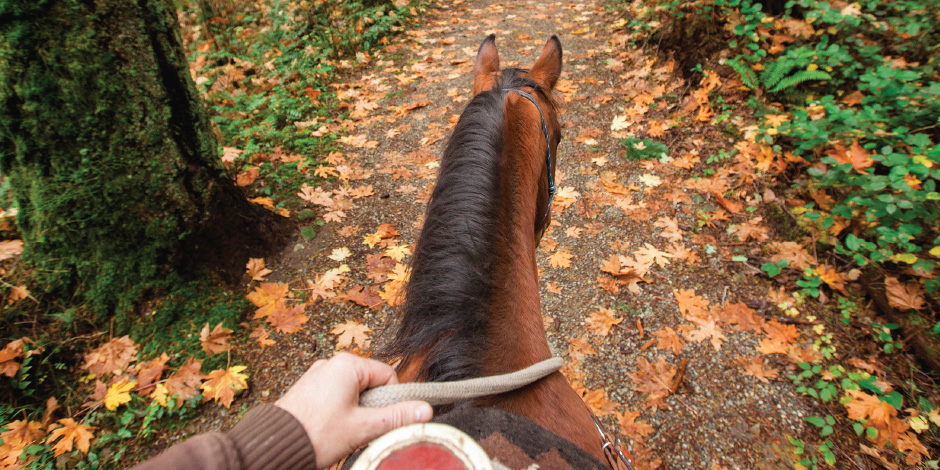 Words and photos by Kyle Hansen

Finding beauty on the trails

Smooth leather reins are held tightly in the hands of a nervous six year old who is guiding an eternally patient palomino named Sundown along the Mitchell grade. Sundown’s shoes click and clunk along the path originally built to haul logs from the trees harvested in the old growth stands that once grew here. Replacing the former giants, the tall, slender stems of Douglas fir trees dwarf a thick understory, spotted with the springboard notched stumps from an era gone by. Curious blue eyes stare up into the swaying canopies with a wonder only possible through a child’s eyes. These are my cherished first memories of a lifetime spent growing up neighbouring Seal Bay Park.

The park’s 1610 acres spans numerous ecosystems and provides habitat for a diverse collection of flora and fauna. From the second-growth fir stands thriving in dry gravelly soils, to the slough sedges surrounding the marshes, to the rocky shoreline forever battling the coastal elements, Seal Bay Park truly has it all. While the Douglas fir trees up the hill reach for the sky, the alders and maples grow wildly outwards over the beaches. Those who spend time here are as varied as the species that inhabit the park. The vast trail network offers designated routes for those on foot, bicycle, and horseback.

The area was logged in approximately 1913 and then again in the 1920s and has since been left to flourish. This highly productive forest is a testament to the fertility of the pacific temperate rainforest. Originally, the land on the east side of Bates road and part of the marsh area was offered to returning WW1 veterans. Strangely, the veterans opted out of the offer, and the area continued as Crownland. Eventually in 1971, the Comox-Strathcona Natural History Society began lobbying the regional district and provincial government to have the area designated as a park. Current day Seal Bay Park has been made possible through a combination of Crown land grants and a long-term lease to the Comox Valley Regional District (CVRD).

25 years later, Sundown has long since passed, and my eyes stare off into the depths of the bright green forest with the same wonder every time I visit. Still seated in a worn leather saddle, the landscape passes by me at the slow pace of my horse’s walk. Hours pass as the athletic animal beneath me navigates the cobbles and windfall with ease. In this silence I often imagine the loggers who worked in these forests, those that fought to protect the area, and give thanks to everyone that continues to put their heart and soul into keeping Seal Bay Park beautiful. Cheers. 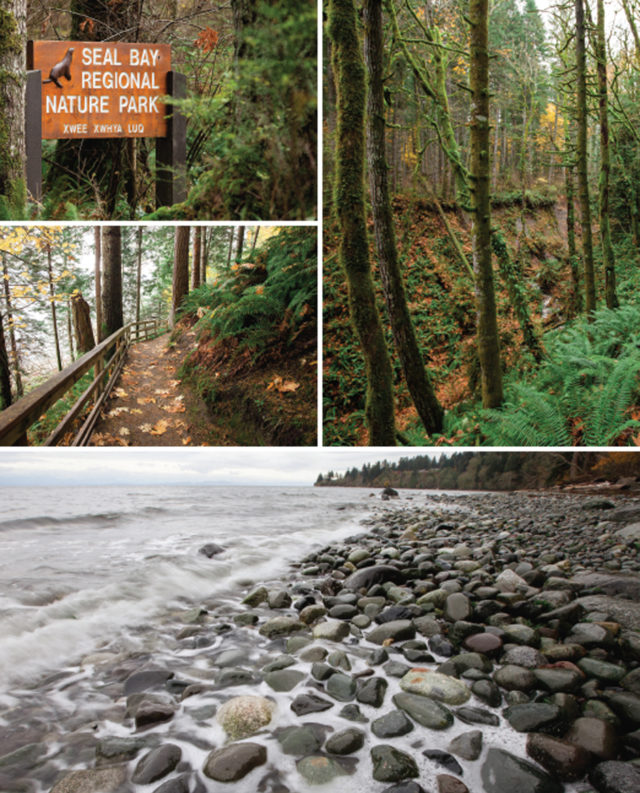