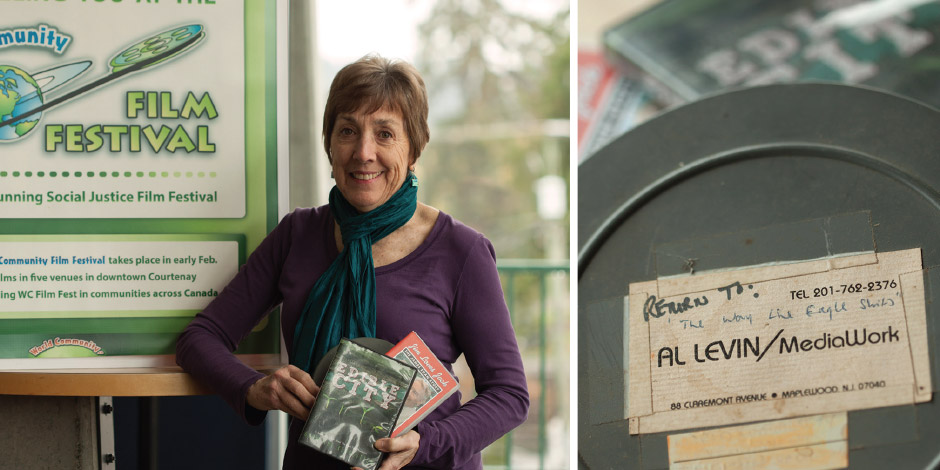 The stories told during the World Community Film Festival voice the passionate and varied work of present day activists and artists.

In a list of quintessential Comox Valley events, it can be argued that the World Community Film Festival sits nears the top. It reflects a deep current of social and environmental consciousness that runs through this community, which has always been fertile ground for activism. From LGBT rights to river restoration, historic labour struggles and forest and park protection, we haven’t shied away from social progress.

For 25 years, the festival has brought people together to view powerful documentary films that plant the seeds of change. Founded in 1991, it is one of the main projects of the World Community Development Education Society. The local organization was formed in 1990 as “a community of advocates working to foster a greater awareness of the social, economic and environmental consequences of human activity at both the local and global levels”. (In addition to organizing the festival they have pioneered the local coffee and chocolate fair trade movement in the Comox Valley.)

The festival is an expression of the important community tradition of storytelling. When we come together to communicate, the emotional impact is stronger and our vulnerability more visceral. Janet Fairbanks and the festival jury work hard to balance difficult truths with inspiring calls to action and heart lifting achievements. Topics are as widespread as climate change initiatives, dam deconstruction, marriage equality advocacy and the conversion of parking lots to gardens. The films lead us through a variety of human emotion, from fear to grief, anger to hopefulness.

The festival is now the longest running social justice documentary film festival in Canada (and has spawned a companion festival with coast-to-coast screenings). It features works from both seasoned filmmakers and up-and-coming voices from all over the world. These artists stand on the front lines of environmental and social justice struggles and inspiring community-building efforts. They help us see outside of our immediate environment to understand the hunger for a better world.

This year’s festival takes place on Feb 5th and 6th in downtown Courtenay. The opening film, directed by Jerry Rothwell, is entitled How To Change the World, and focuses on the history of Greenpeace, an organization forged in Vancouver in the early 1970s. Together this tight knit and passionate group pioneered a template for environmental activism which mixed daring iconic feats and worldwide media: placing rubber inflatables between harpooners and whales, hanging banners from towering heights and disrupting nuclear testing in the North Pacific. The group was founded with a prescient understanding of the power of media, knowing that the advent of global mass communications mean that images are a more effective tool for change than ever. (The organization also has a local connection as one of founders, Jim Bohlen, was a resident of both Courtenay and Denman Island.)

The rest of this year’s films cover the gamut of social justice and environmental issues that include knitting as social action, residential schools, resource extraction, landfill orchestras, youth leadership, and race and reconciliation. It’s important, often mind-blowing information that will only intensify the passion you feel for our community and the beautiful world around us.

For detailed information on fair trade items or the World Community Bazaar, a tradeshow of local organizations running in tandem with the film festival, please visit worldcommunity.ca. A roster of films can also be viewed through the website. Tickets are available now through the Sid Williams Theatre.