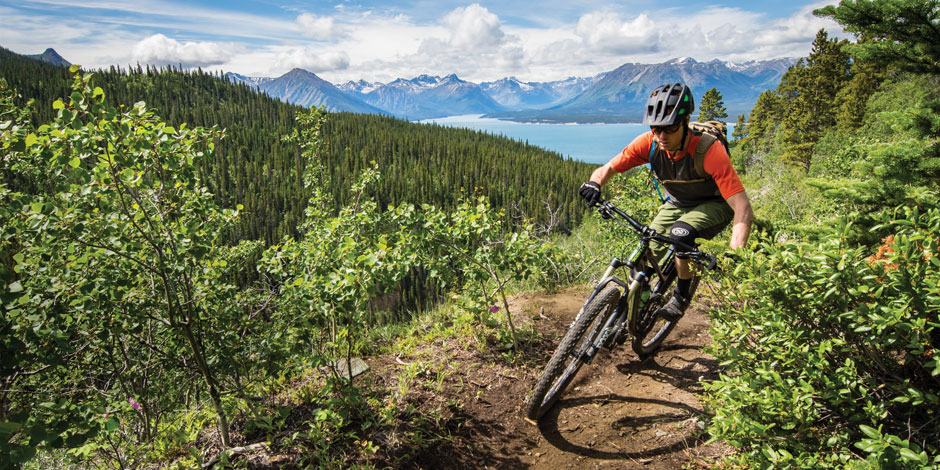 A search for wilderness, adventure, and single track in the land of the midnight sun.

I feel most at home in vast wilderness landscapes. Here, the bears and wildflowers alike are my equals, and the ground below my feet holds infinite stories of lives long past. The north has always called to me; I dreamed of wandering endless expanses of undulating ridgelines without sight of another human soul. Maybe it’s because I lament not remembering when my parents took me to the Arctic Circle when I was five months old. Or maybe it was passed down through my genes by my mother, who always dreamt of living in the north, yet raised our family in Vancouver.

Nevertheless, when my friend, a Yukon resident, sent me a seat sale link for Air North, I jumped at the opportunity. A few months later, accompanied by my partner, a friend, and my mountain bike, I boarded the plane with expectations of sweet subalpine single track, racing the 24 Hours of Light, shredding the internationally recognized trails of Carcross, and partaking in other adventures the friendly folk and wild natural places of the north have to offer.

We arrived in the hip gold rush town of Whitehorse, grabbed a few last-minute supplies and headed to the race grounds. Racing has always terrified me. However, since moving to Cumberland five years ago, I have forced myself to embrace the local bike culture and join two races a year. One of this year’s races would be the legendary 24 Hours of Light, a relay race where the stringent safety measures of the south are nudged aside for added thrill. The race started at noon, with courses for all ages. By 11pm the kids wore out and disappeared into their tents. The drinking relays on drift bicycles (a bike with a pivot under the seat) began, and for those with sights on gold, the clothes came off for bonus laps—the double points awarded for each lap completed naked between midnight and 6am. Through the night, no lights were allowed and grizzly bears were sighted on piste. The children rose to a large pancake breakfast, happy, tired adults, and doubled race scores.

By 12:30pm we’d finished our final lap, claimed our Cumberland gold, and were moving on to the next adventure: Kluane National Park, the Rockies of the north. This nearly 22,000 square km nature preserve encompasses the tallest peaks in Canada and the largest non-polar icefields in the world along the coast, and weathered peaks, large river valleys and washes in the interior. We hit the trailhead by a timely 6:30pm and hiked into the bright evening sun until we could not walk straight. A glance at the clock indicated 1am. Dinner time. Over the following days in Kluane we marvelled at the active calving grounds of Dall’s sheep, observed grazing grizzly bears, accidentally pushed the help button on our inReach, spent a day rafting the Tatshenshini, and had several dinners at midnight.

The last two days of the trip were saved for Carcross, the mountain biking buzzword of 2017. Carcross contains the story of a community that pulled a 180 on their economic situation by training Carcross/Tagish First Nations youth to build epic trails and take pride in their position as “trail crew”. With 10 years of hard work and a cultural foundation of trade trails as the lifeline of their community, the village constructed a globally recognized trail network. Over our two days at Carcross, we revelled in the epic machine-built banks of AK DNR, technical rock of Goat and Wolverine, and 24km of flowy cross country down McDonald Creek and along the old Bennet Lake telegraph line.

It is amazing what nine days away can do for the soul. It was a return to ourselves. There are many more adventures to be had and wild places to explore in the Yukon—I already have a ticket to return—however the region draws many parallels with Vancouver Island, and sometimes, time away is what we need to remind ourselves of the opportunity that surrounds us always. To take time each day, to see the adventure, take a new road, and enjoy the wild places here at home. 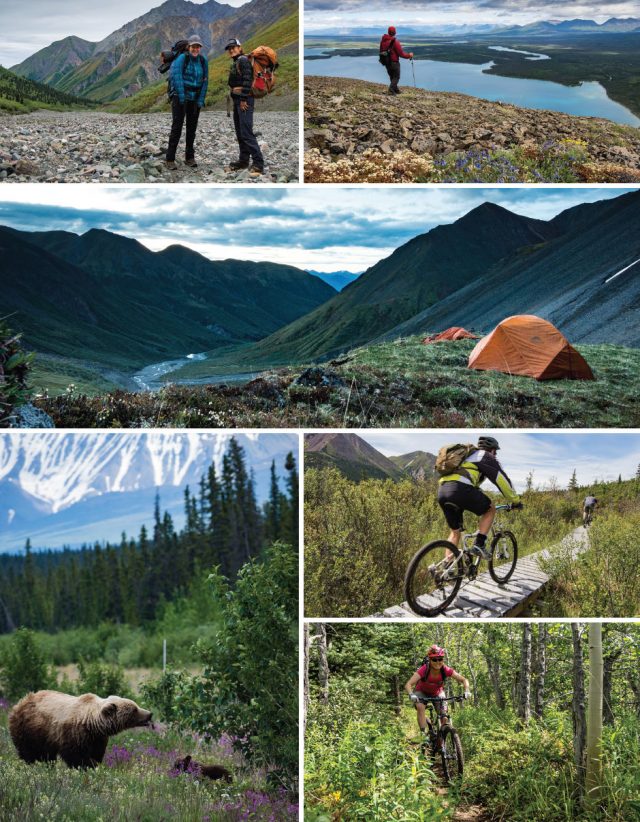