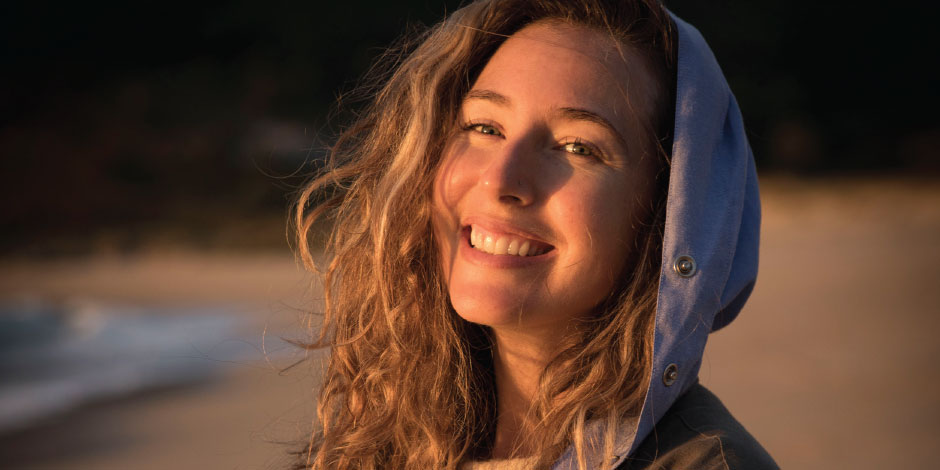 Hailing From Comox, filmmaker Darcy Turenne reflects on her mountain biking roots while gearing up to document the sport’s freeriding history.

While California’s Marin County is credited with the invention of mountain biking, there is little debate that B.C. is where mountain biking, as the world knows it, was born. “Freeride” mountain biking has become the poster child for the larger sport featuring fat- tired bikes. When people think of steep trails, big jumps, and wild cliff drops, they are thinking of freeride. Even though she was only a teenager when freeride began, Comox Valley-raised filmmaker Darcy Turenne has become the de facto flag waver as director and producer of her new film project, The Moment.

A two-year endeavour which chronicles the history of freeriding through a triptych of birthplaces—North Vancouver, Kamloops, and Rossland—The Moment will feature archival footage, new freeriding, and interviews with legends of the sport like Wade Simmons, Richie Schley, and Brett Tippie. Viewers gain a glimpse into the defining timeline that established “the sport no one wanted.” It promises to be a watershed moment for mountain biking. But how did a Valley girl like Turenne end up as the spokesperson for an entire sport?

“When I was 12 years old, Leanne Raymond, my teacher at École Robb Road Elementary School, invited me to go mountain biking,” she recalls. “It’s funny to think about, but all the parents trusted her to take a bunch of little girls into the woods and ride bikes on dirt trails.” Turenne took to the sport quickly. Alongside winters spent skiing at Mount Washington, Turenne began racing in the Comox Valley Race Series. She quickly rose in the ranks as a racer, but eventually burnt out.

“Racing wasn’t for me,” she says. “I started noticing how much fun all these freeride guys were having. They were big goofs, and I wanted to be part of it.” The skilled racer turned her attention to fun-focused freeriding and success came quickly. “Darcy gravitates towards steeper challenges,” photographer Harookz says. “Photo shoots ran a common course of her wanting to go higher and faster. Her dreams quite often turned into goals, and painstaking obstacles only fuelled her journey.”

Eventually the ever-curious Turenne turned her attention back to learning, first as a student at University of Victoria, and then as a fledgling film director. While completing an MA in Intercultural Communications at Royal Roads University, Turenne bought a camera. She soon found herself gravitating towards storytelling rather than singletrack.

Turenne has written and directed short films, commercials, and music videos for clients ranging from Audi to Patagonia. Her first feature film—an environmental snowboard documentary titled The Little Things—won the prestigious “Cold Smoke Award,” as well as Best Environmental Film at the Vancouver International Mountain Film Festival. It was also picked up for the Banff World Tour. A quirky short about intriguing character Jackie Cooke entitled Jackieland was accepted to the 2016 Cannes Film Festival, where Turenne attended the famous celebration of cinematic accomplishments. But despite the global accolades, she still feels connected to the Comox Valley.

“Oh, I’m as Valley as it gets,” she laughs. “That place made me who I am and I loved every moment of growing up in Comox.” Little did she know it would be one moment on wheels that would change her life, and catapult her into adventures behind and in front of the camera.