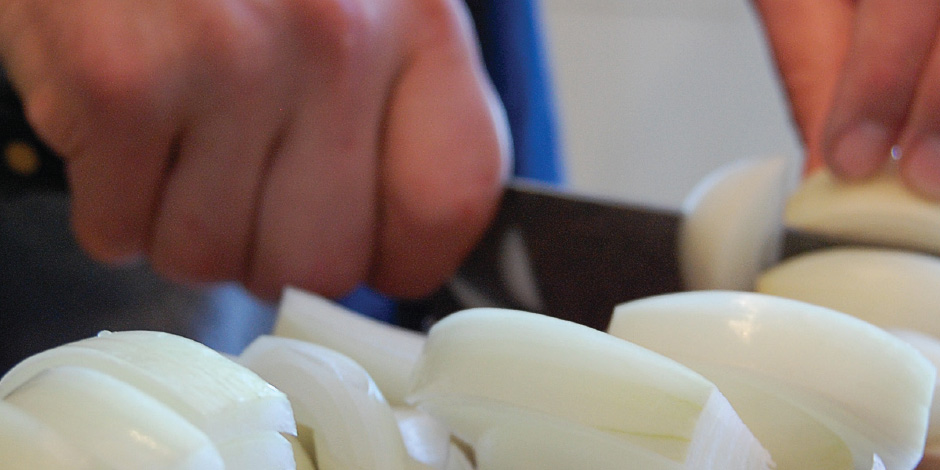 Announce to the world that you’re unwell, whether via a hangover or an outsourced ailment, and there’s a good chance that someone who loves you will recommend a hot bowl of soup. If you’re lucky, they might even make it for you. In my youth, chicken noodle soup counted as medicine, but I always found both the chicken and the noodle distracted from the best part–the broth. In adulthood, I feel the same about pho, ramen, and any number of broth based concoctions. I just want that broth, especially when I’m seeking comfort.

Broth can be prepared many ways to achieve delicious results. The method I’m sharing comes from an Italian restaurant I worked in when I lived in Vancouver. I’ve never seen it written down or documented publicly, so I figured that was a problem worth solving. It’s called brodo, which means “broth” in Italy. While it sounds like it might be a previously unmentioned hobbit, brodo is a nourishing liquid made with bones, onions, salt, water, and elapsed time.

Bones: We used a pork trotter, but any raw bones will suffice and provide their own unique properties. If you’re looking for something with a lot of body, use joints. If you use a raw chicken carcass, you’ll be just fine. Bones with meat on them are nice, but not necessary.
Onions: More onions means more onion flavour. Adjust accordingly.
Salt: People are often astonished by how much salt this recipe can handle, but you know better than I do how much you’re comfortable with. Trust your tastebuds.
Water: Use enough cold water from the tap to cover your bones and onions. I suppose I would go with “less is more” here, because if the broth is concentrated, you can adjust later on in the process by adding more water.

I treasure my stockpot, but if you don’t have one, you can confidently use the pot you boil pasta with. Preheat the pot on a medium setting and add a small amount of cooking oil, be it olive, canola, or animal fat. At this point, add your bones to the pot and adjust the heat so that they slowly brown. While this is happening, you’ll want to occasionally turn the bones, moving them about the pot to ensure they brown evenly, but also so that an even layer of brown slowly gathers on the base of the pot. Once you have that, add an ample quantity of roughly cut onions and a good amount of salt. Stir the onions in to deglaze the pot and allow them to slowly caramelize and redevelop the layer of brown on the bottom of the pot. This takes time and any effort to speed up the process by increasing the temperature will usually produce a burnt batch of broth. Once sufficient browning has occurred, I add about a cup of water, let it evaporate, and brown once more. Now you can add enough water to cover the bones, bring that water to a simmer, and let it ride for an hour or two. Tasting the liquid over time and adjusting the seasoning is the surest way to be pleased with your results. When you’re happy with the flavour, pour the contents of pot through the finest available strainer, and either enjoy immediately or refrigerate for future use.

This batch was made over the course of a hockey game, and required attention periodically. Give it a peek during the odd commercial break, and you’ll enjoy the game and the process.