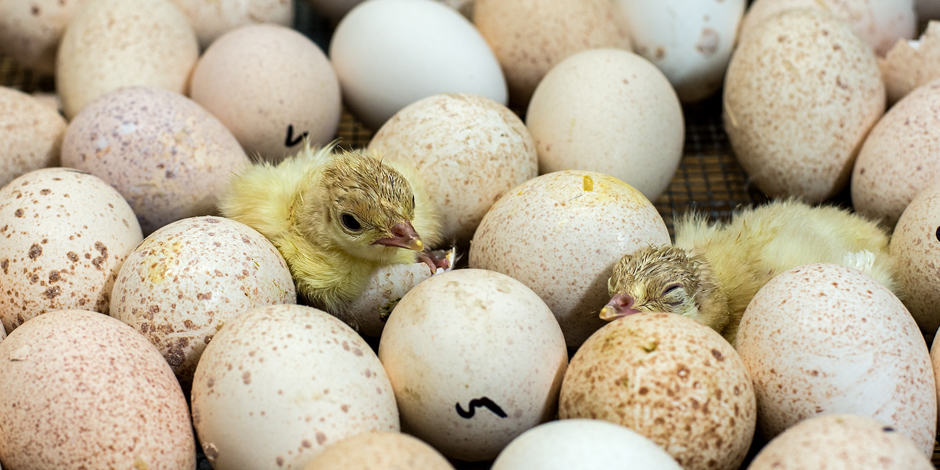 Back in the seventies, Glen and Kathy Beaton got married then saved enough money to buy 47 acres in Black Creek. They cleared some of the land, readied it to start farming. Both had grown up on farms—Glen in Alberta, Kathy in the Valley—and they felt strongly about continuing the farming tradition. Turkeys seemed a logical beginning to Stonecroft Farm. Kathy’s family had raised them, she was well-experienced, and Glen had always liked working with poultry. Today they still raise turkeys, birds that roam big pastures and roost in a roomy barn.

Stonecroft has its own abattoir to handle the 1700 turkeys processed every year. “We’ve always done our own processing,” Kathy says. But in the early 2000s regulations and licensing changed. She and Glen had a choice, they could comply with new legislation and send their birds down to Duncan for butchering, or upgrade their facility. It only took shipping the birds down island once to realize they’d rather invest in keeping the whole affair on the farm. “It’s a lot less stressful for the birds to walk to the plant,” Kathy says, “And now we have a government inspector on site who sees every bird when it’s alive, and after it’s been butchered.”

Big times of year for turkeys are, of course, Thanksgiving and Christmas. Stonecroft has sold these holiday birds wholesale to stores in Courtenay, some of the Gulf Islands, and Powell River for years. But since they’ve become active at the Comox Valley Farmers’ Market in the last eight years, Stonecroft has been able to sell more turkey retail, straight to the customer—and not just for holidays. They have a variety of turkey products, including ground, breast, and sausages, available at the Farmers’ Market throughout the year.

Stonecroft also grows an acre of blueberries, which they sell fresh and frozen at the market. Recently, they’ve applied for certified organic status. “We’ve always grown organically,” Kathy says, “and we hemmed and hawed over registering.” In the end they figured people trust the organic symbol, and since they were doing the hard work anyway, they might as well make it official.

In recent years, Glen has gotten into growing grains. Heritage wheat, milled and sold in small quantities, as well as some oats and barley. And Kathy is trying sheep again, as meat for the family. Retirement for the Beatons just isn’t in the cards. “That’s the hardest thing about farming,” Kathy says, “slowing down. You enjoy the work. Getting things done. It’s what drives you.”