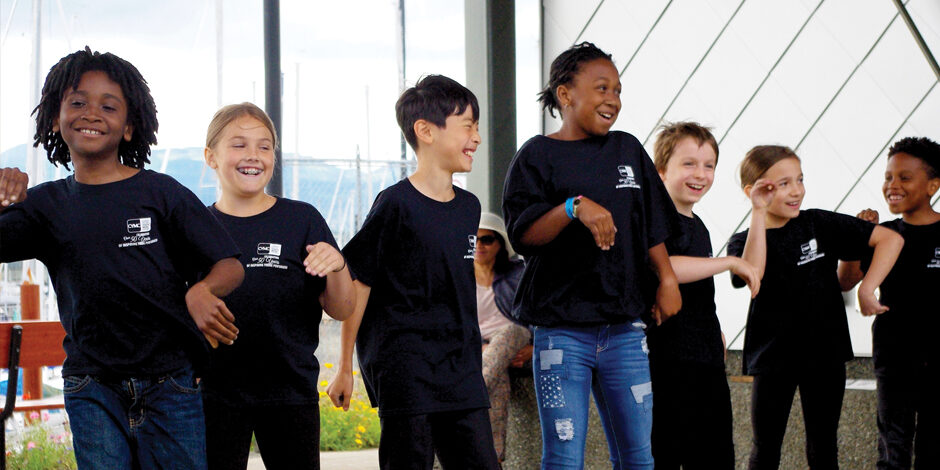 After five decades and counting, the show goes on for the Comox Valley Youth Music Centre.

The Comox Valley in the 1960s was remote, beautiful, and serene. It was also secluded, with no major highway connection to Victoria and few opportunities to nurture art and culture.

So much has changed in 55 years. Today, there is no shortage of music, art, and theatre in the community, and it can be traced, at least in part, to the Comox Valley Youth Music Centre (CYMC).

In 1965, a group of local arts lovers started the process of launching a Community Arts Council. A year later, the Vancouver Junior Symphony (VJS), with notable violist Simon Streatfeild conducting, performed in the Comox Valley.

The success of this event sparked a VJS summer camp in Courtenay the following summer. Led primarily by Streatfeild and Robert Creech, a horn player who later became principal of Toronto’s Royal Conservatory of Music, this two-week program hosted 55 teenagers and five faculty members at Puntledge Park Elementary, thanks to the sponsorship of School District No. 71.

This was the humble origin of CYMC, fuelled by a love of music and on a mission to provide musical education and advancement to local young people.

By the mid-1970s, CYMC programs were seeing huge enrolment; some summers, over 500 kids were attending Summer Music camps in Courtenay. The season had expanded to six weeks, and the curriculum now included piano, voice, jazz, and musical theatre. These were golden years for arts and culture, and for CYMC.

During this time, an endowment was established to aid with the funding of scholarships and bursaries and to ensure musical education was available to all. The community donated generously; coupled with the government’s support, this allowed fees to be as low as $60. Students and faculty collaborated in parks, schools, theatres, restaurants, and street markets.

Some of the most popular programs were String Orchestra with the famous conductor Yariv Aloni and the Opera program with Timothy Vernon, who went on to direct the Victoria Opera Company.

The Opera performances were so well attended that a winter performance series was established where students and some faculty returned to perform. These were held in the old Centennial Theatre (now the Sid Williams Theatre).

In 1967 and 1968, CYMC had been responsible for adding an orchestra pit to the building, which had originally been built as a movie theatre. Robert Creech, the original CYMC program director, along with a crew of Orchestra and Opera students, including well-known soprano Barbara Livingston, actually dug out the space under the stage where the orchestra pit still is now.

For a number of years, the CBC’s Arts National program recorded and broadcast performances by the various summer participants. For example, in 1974, the opera students, piano soloists, Summer Youth Orchestra, orchestra chorus, and various instrumental and opera soloists—500 students and 60 instructors in all—were recorded.

Despite these tremendous achievements, challenges remained. In the mid-1980s, cuts to education budgets began to hit school music programs, which meant fewer children had access to learning to play an instrument and enrolment in music camps began to drop off. In the 1990s, the summer program relocated to chalets on Mount Washington, but for a variety of reasons this idea was not a success and led to a significant financial loss for the organization. Later on, the financial crisis of 2008 resulted in a steep drop in student registration, forcing organizers to cancel the classical and jazz camps.

Nonetheless, dedicated individuals saw it through these trying times, and the organization persevered and even grew. In the past, program faculty had been hired from all parts of the country, but in 2012, CYMC finally hired its first all-Island musical-theatre faculty: Lori Mazey, Lindsay Sterk, and Heather Burns. Starting with Les Misérables and then Fiddler on the Roof, this accomplished and beloved artistic team raised the bar for performance and education in theatre arts year by year.

Then Covid came along. Throughout the pandemic, CYMC continued to offer musical education through online Zoom courses. In 2021, with some restrictions lifted, Musical Theatre performed a showcase for a small live audience and broadcasted the event for friends and family far and wide, while the String Orchestra played outdoors at the Gardens on Anderton.

When most restrictions lifted in the spring of 2022, CYMC quickly swung into high gear to offer an extensive program lineup for children aged 5 to 19, as well as the Festival Choir, a singing group for teenagers and adults drawn from the many active choirs in the Comox Valley and the community at large.

With the announcement of the performance of Newsies, a musical based on the 1992 Disney movie, registration for Musical Theatre filled quickly and the wait list continues to grow. Young students are enrolling in Classical Strings Playhouse, where they will learn to read music and develop ensemble skills. This year, the Classical program, too, will have an all-Island faculty for the first time ever. With the Piano Intensive Masterclass, students collaborate with strings in duets and trios, while older string players strengthen their ensemble skills. As faculty, The Cookers Quintet will heat up the Jazz program, where students will concentrate on improvisational skills.

CYMC is thrilled to introduce a new workshop component for 2022: the opportunity to learn about the importance of music and cultural identity from an Indigenous perspective, guided by long-time Comox Valley resident JoAnn Restoule, an Anishnabe elder and knowledge keeper.

The resilience of CYMC continues, and, with the ongoing support of the community, it will survive for many years to come.

Visit www.cymc.ca if you would like to get involved either as a board member, volunteer, donor, sponsor, or student. 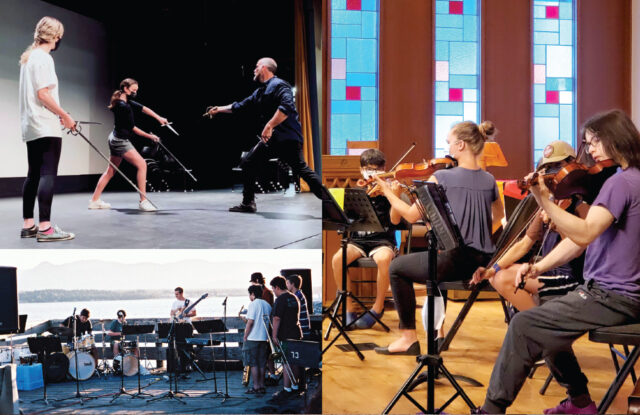