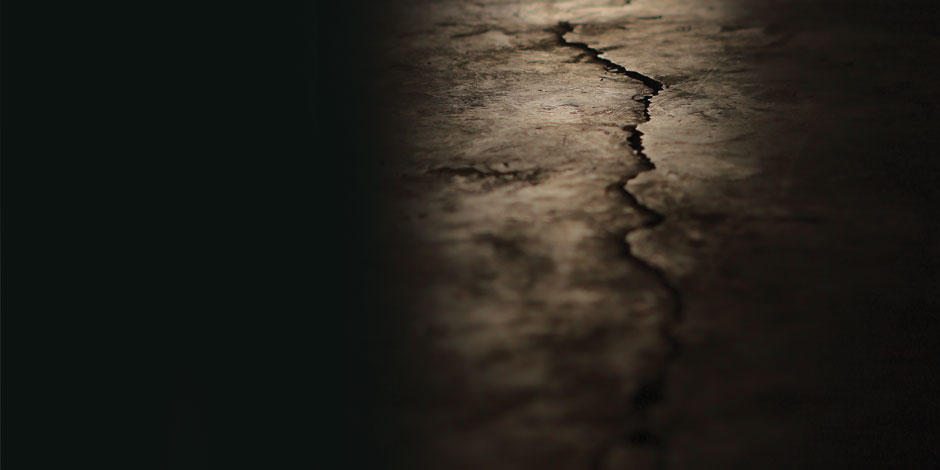 In 1946, Forbidden Plateau was the epicentre of the Island’s last big earthquake. The Comox Valley experiences minuscule tremors all the time—are we due for another big one soon?

The stopwatch on the computer screen read four minutes and counting until the Great British Columbia ShakeOut. When the counter hit zero, I—and more than a million other BC residents—crawled under a piece of furniture in a self-preserving response to a simulated earthquake emergency.

“Drop, Cover and Hold On” is the simple but important takeaway message of this drill. It’s something that experts say is important to practise, as foolish as you might feel playing make-believe and cowering under a desk or table. That’s because in a real earthquake emergency, the fight-or-flight response tends to kick in and most fatalities occur when people flee from buildings.

Even though it was merely an exercise in earthquake preparedness, I felt slightly nervous. Nervous, because when the big one hits, there won’t be a countdown clock to cue our attention and response.

We live in a very seismically active area. On average, BC experiences 3000 earthquakes annually, more than eight each day, or one every three hours. Most of these seismic events are imperceptible to humans. However, in 1946 the Comox Valley was rattled hard by a magnitude 7.3 earthquake, the seventh largest ever recorded in Canada.

Stand anywhere on Vancouver Island, then imagine the forces at play when the tectonic plates that sit upon the earth’s mantle like a jigsaw puzzle grind against one another. That’s what’s happening between 15 and 45 km beneath your feet in what’s known as the Cascadia subduction zone, which stretches for 1000 km from the north end of the Island to Cape Mendocino, north of San Francisco.

Here, the Juan de Fuca plate is inching eastward, getting shoved beneath the North American plate, which is slowly crumpling under this pressure on its western edge. This process is known as subduction. Most of the time, the plates are locked tight by friction, but tension slowly builds up as subduction continues.

When friction is exceeded by stress, rocks suddenly slip past each other, releasing like a tightly sprung coil hundreds of years of pent-up tectonic energy. The result is a megathrust earthquake, and it can be as catastrophic as the name suggests. In recent years, the massively destructive earthquakes in Chile (2010) and Japan (2011) were the result of megathrusts. The last time one of these giant earthquakes rocked Cascadia was more than 300 years ago, when a magnitude 9 unleashed its fury on January 26, 1700, at about 9 pm, nearly 80 years before Captain James Cook sailed into Nootka Sound.

“There would have been widespread landslides, tsunamis, slumping and damage to buildings. We know that the tsunamis wiped out the winter village of the Pachena Bay people,” says Alison Bird, an earthquake seismologist with Natural Resources Canada.

It’s impossible to determine how many Indigenous people lost their lives, but the earthquake is well documented in traditional stories and legends, as it is in Japan where the tsunami wave also crashed ashore (detailed records kept by the Japanese enabled modern seismologists to accurately pinpoint the date and time of the quake). Over the past 3500 years, there have been an estimated seven of these megathrust events in Cascadia. Considering that the return interval is roughly between 400 and 600 years, it’s safe to say that in geologic time we are potentially nearing the cusp of another big one.

Here’s the clincher. Given that the human-built environment and population in the Pacific Northwest have grown exponentially since 1700, the possibility for widespread damage and loss of life is also that much greater. That’s why Bird and her colleagues pay close attention to the Cascadia subduction zone. Hundreds of seismometers and GPS units scattered along the west coast and as far east as Penticton detect plate movement and the smallest of tremors, simultaneously transmitting data in real time to NRCAN’s offices in Victoria and Ottawa.

Bird is particularly interested in monitoring what is known as episodic tremor and slip (ETS), a phenomenon that occurs deep in the earth along the fault. Friction locks the fault together for roughly 15 months, followed by a period lasting several weeks during which there are repeated fault slips measuring mere centimetres accompanied by tremors.

“As the stress increases, an ETS event may provide the additional stress needed to overcome the friction on a fault, triggering a great earthquake,” Bird says.

While scientists can monitor the frequency of these minute plate movements, and use this an indicator of potential weakening along the fault, there is no scientific crystal ball that can accurately predict where and when earthquakes will occur.

Bird says the large, but infrequent, megathrust earthquakes tend to be “the sexy ones that get most of the media attention.” However, crustal earthquakes (caused by shallow ruptures within the North American plate), like the one that hit the Comox Valley in 1946, are much more likely.

With more than a half century since that quake, memories have faded and it’s easy for the public to get lulled into a false sense of security. But we’re getting better, says Bird. BC now has a robust seismic building code, earthquake education is now part of the school curriculum, and one fifth of the province’s five million residents took part in the recent ShakeOut.

“It can be challenging to get people to take it seriously, but we definitely need a culture of earthquake preparedness,” Bird says. “People need to be prepared for the big one.”

Go to www2.gov.bc.ca to learn what you should have in your household emergency kit.