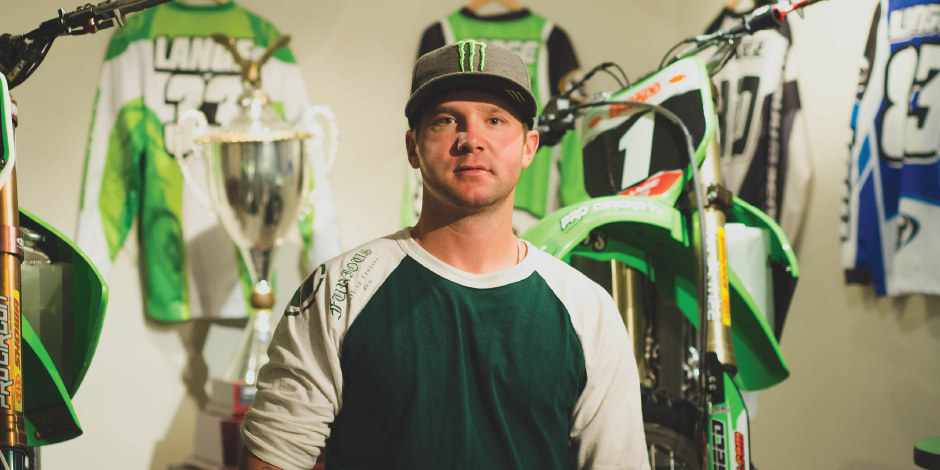 With a spirit of excellence and determination Darcy Lange has overcome serious illness and found legendary status in the North American motocross scene. At 32 Darcy’s already lived a lifetime of experience. It was a pleasure to sit down for a beer with him and his family and be inspired.

CVC: So you were born and raised here in the valley?

Darcy: I was born in Comox and I lived here all my life until we started travelling. I lived in Texas for about a year…
I was living in California, about an hour and a half east of LA, closer to the end of my career.

CVC: How did your career get started?

Darcy: From a young age I always had a bike. My dad had me on an old Yamaha PW50. Dad was a faller by trade, working in and out of camp. I could only ride it when he was home until I could handle it myself. When our house got broken into and my bike got stolen, insurance covered a new upgrade. My parents were going through Nanaimo shortly after and they saw a big sign that said “motocross”. The next weekend we checked it out. I don’t think we’ve really missed a race since that day. That was 1994. I started racing on 80cc’s. By 98’ I moved up to professional. I won a bunch of provincial races and then got fifth in Canada that first year. I raced with Richmond Motorsports out of Nanaimo; they really helped us out. I spent pretty much my whole career racing for them.

CVC: Did they take you down to the states?

Darcy: Rob Goth, who was the accessories manager at the time, brought the owner of Richmond out to a race that I won. That hooked them. They ended up paying for us to get into arena cross down in the U.S. There were four main events, two per night. I ended up winning that first or second event.

I did a lot of arena cross after that but still came back and forth to Canada to do outdoor races (motocross). There are three different styles. Arena cross is in hockey arenas. Super cross happens in baseball stadiums. Really tight, fast, lots of corners and jumps. The outdoor stuff is what you call motocross. More wide open, big turns, but mostly staying on the ground.

Darcy: When you’re on the road for a month straight the travel starts to wear on you and we had a lot of training… a lot of people think you just get on the bike and turn the throttle, but statistics showed it’s the second most physically demanding sport next to professional soccer. It’s like anything, the more you put into it the better you do.

CVC: Did you stay connected to the Comox Valley during your moto career?

Darcy: I lived in a few different places racing all over Canada and the States as well as overseas… nothing compares to the valley. Everywhere we went, different cultures, different lifestyles, it was great but I always couldn’t wait to get back here. The valley is such a great place to be. The lakes, the ocean, great fishing, great golf and Mount Washington… there’s so much right here, I don’t get how you’d want to be anywhere else. Even with all the travelling I never wanted to live anywhere but here.

CVC: Did that play into your decision to get out of competition?

Darcy: There was a few things that came into play. The last year I did it was 2007, I almost won the super cross championship that year. I was down in the states and my neck started to swell up, I looked like a deer in the rut. We had a two-week break from racing so I flew home to get it checked out. It was Hodgkin’s lymphoma, I guess if you’re going to get cancer that’s the one you want to get (he laughs). I had a lot of time off and we had bought a wakeboarding boat so we spent a lot of time on the lake. After three or four months I started to get pretty tired and my hair was falling out… After six months the cancer cleared, the doctors were telling me I could get back into it. Some changes were happening with teams and salaries at that time and I just started to think I don’t need this anymore; I’d had a good run. It was nice to be home, hang out with my brother, fish and hunt. Still, my friends were trying to convince me to go back, and I almost did. Then a really good friend of mine got hurt badly. Paralyzed from racing. For me that was the final straw.

CVC: Does your sense for competition come into other parts of your life?

Darcy: Everything I do, I want to do to my best. Motocross came down to me. If I was going to do well I had to make it happen. Somebody else wasn’t going to make it happen for me. Often people need someone else around to make sure they’re doing a good job, that’s not me. Once you get your first win that’s all you want but you have to be self-motivated. When the gate drops, that’s all you’re thinking about.

CVC: Having had success from an international motocross career, you seem to have stayed pretty grounded.

Darcy: Signing autographs and meeting new people all the time was just part of the deal. I guess I’m thankful to have had a good chance at doing something I loved, I did it and I had fun. If you came up to me right before a race I might not have been too polite, but after races and in between… I’m just a regular person.

Darcy: We went halfers on a hundred acres with my parents. My brother lives at the back section of the property, so we’re all right here. I work with my wife’s father and his brother just down the road. I couldn’t ask for better people to work for and we take August off and two weeks at Christmas… We’re just really happy here. 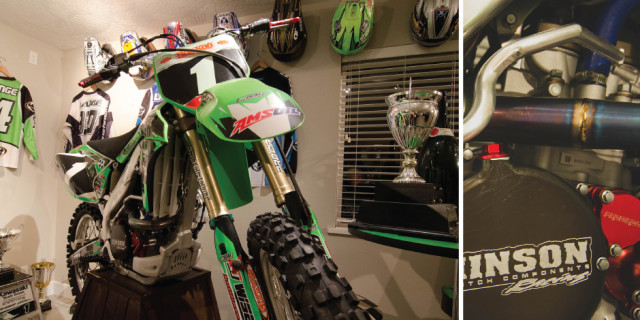