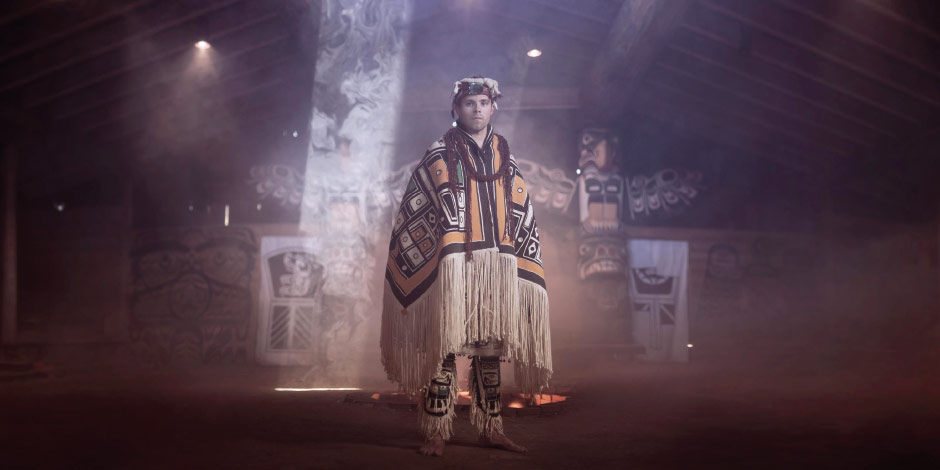 Revitalizing Culture in the K’omoks Valley.

If you ask any local about things to see in the Comox Valley, there’s a strong chance they’ll mention places like Fifth Street, Paradise Meadows, the Puntledge River, Goose Spit, Atlas Café, and, of course, Kumugwe—the K’omoks’ bighouse. Even if they don’t mention it, the 60 x 60 traditional wood bighouse, with its whale and thunderbird design, is difficult to miss.

What few visitors, and even Comox Valley locals, don’t know is that the bighouse didn’t always sit on the scenic K’omoks First Nations’ waterfront between Courtenay and Comox. To tell Kumugwe’s story, we must go back to a time when racism and prejudice were not just socially acceptable, they were built into the fabric of Canadian law.

As of 1880 under the Indian Act (a document outlining all laws regarding Aboriginal Peoples in Canada), Aboriginal people were forbidden to participate in traditional ceremonies. The Potlatch Law made ceremonies like the potlatch, powwow, and Sundance illegal and punishable with jail time. This included the seizure of masks, blankets, and sacred ceremonial regalia—all of which were distributed around the world to collectors and museums.

This law had a profound effect on Aboriginal peoples. On the West Coast, potlatching communities, that include the Kwakwaka’wakw, were unable to gather to name children, celebrate marriages, remember those who have gone, and pass on rights and names for decades. Potlatches are much more than spiritual; they are the political, social, and economic record keepers of the people. The potlatch was outlawed until 1951 when the Indian Act was amended. The fact that the potlatch has survived and thrived after being outlawed for so long, is a testament to the strength and perseverance of families who potlatched in secret and worked hard to bring culture back once the ban was lifted. In 1952, Chief Mungo Martin built a bighouse and hosted a potlatch in Victoria, BC.

The land for the starting place of the Kumugwe bighouse was donated by the Courtenay Historical Society, with Chief Andy Frank being a co-founder of the society. The main carver of the four house posts was David Martin, son of famous carver Mungo Martin. Unfortunately, David Martin passed away before the house posts and the bighouse were finished. For years after its completion, the incomplete pole front was fixed to the house post as a memorial. The Kumugwe bighouse was finished in 1959 and opened with a traditional potlatch hosted by Chief Andy Frank.

Few people alive today can understand Chief Andy Frank’s monumental undertaking. In a time when Status Indians were still denied the right to vote, he worked with various Comox Valley organizations—including community members Mrs. Woodward, Mrs. Rogers, and the Royal Canadian Air Force (RCAF)—to build a traditional Kwakiutl style bighouse using the same building plans that Mungo Martin had used to build the bighouse in Victoria in 1952. The only major difference was that the Kumugwe Bighouse was four feet larger in each direction.

In 1974, the Kumugwe bighouse was finally situated on the land that Chief Andy Frank had carefully marked—a place where the garden was once located behind his home on Comox Road. The Kumugwe bighouse still stands there to this day.

As any homeowner will tell you, buildings need repairs and maintenance to avoid the structure falling into disrepair; and the same is true of traditional wood frame bighouses. In the late 1980’s, the K’omoks First Nation decided to renovate and refurbish the bighouse, including an eight foot addition to the width of the bighouse for increased seating, a new cedar shingle roof, and a memorial pole to remember Chief Andy Frank. The killer whale located on the bottom of the pole is the crest of Chief Andy Frank’s family, and the chief standing on top with an outstretched hand in offering and welcome is a representation of the chief himself.

Years passed and the Kumugwe bighouse once again fell into disrepair. Increasingly dry summers combined with a cedar shingle roof could have resulted in fire, so, as a precaution, fires within the bighouse had been banned. In the early 2000’s, members of the K’omoks First Nation established the Kumugwe Cultural Society with a mandate to preserve and revitalize Kwakwaka’wakw culture, and to maintain and repair the bighouse from which the society takes its name.

The Kumugwe Cultural Society hosted fundraisers and reached out to the community for assistance. Support from the people of the Comox Valley was extraordinary. As a result, the roof was removed, replaced with tin, and the interior was painted with a fire retardant paint; rotting beams were replaced and one beam was lifted; and a leaning post was straightened. Throughout the summer of 2010, Chief Andy Frank’s descendants volunteered countless hours to the renovation of the bighouse—including repainting the thunderbird and the whale on the front—to ensure that it would stand strong for generations.

Since the Potlatch Ban was lifted in 1951—a mere 65 years ago—it’s amazing to think of the significant changes that have occurred for First Nations’ people. We’ve gone from traditional ceremonies considered illegal to whole communities—Aboriginal and Non-Aboriginal—banding together to bring visions like the Kumugwe bighouse to life. Despite the unmistakable acts of cooperation, support, and cohesion, accounts like this barely scratch the surface of the trials and tribulations of First Nations’ people who’ve fought so tirelessly to have our rights recognized.

As Mary Everson, Chief Andy Frank’s daughter, has said, “Non-native people know how to build a museum to hold artifacts and things we don’t use anymore. We built a bighouse to hold our treasures and show how we live.” 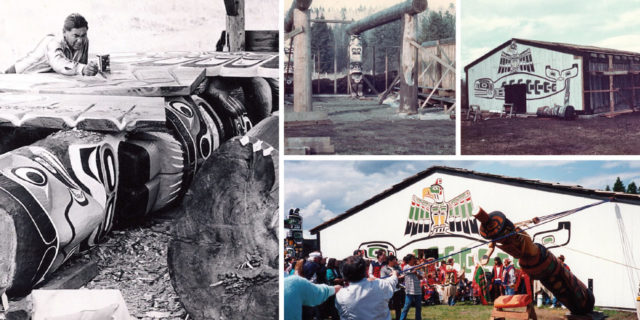