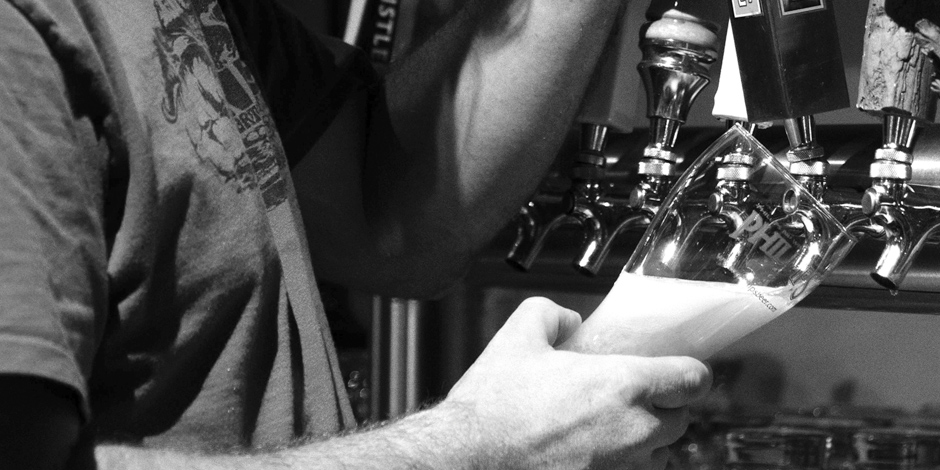 When I moved up to the Comox Valley from Victoria over 10 years ago, I noticed a huge lack of what I call ‘good’ beer. I had spent the last few years in Victoria getting acquainted with some new and amazing breweries, most notably Phillips Brewing Co. When I moved up to the Valley, I was at a loss… where could I find good beer? Well, upon voicing this to Matt Phillips himself, I wound up finding myself a job… the task of introducing Phillips Beer to the Northern half of Vancouver Island.

This was no easy task in the beginning. Liquor stores, pubs and restaurants were very set in their ways. Domestic beer was king, and proprietors were not just about to roll over to the first scruffy looking hippy beer rep to walk through the door. I had some success trying to flog my Blue Truck Ale and Longboat Chocolate Porter, but it was a grind. Then something happened. A local brewery opened up! Surgenor Brewing Company was suddenly the talk of town… everyone wanted to support the venture. It made sense. Unfortunately, Surgenor’s vision was to take on ‘big beer’ (the Labatt’s and Molson’s) instead of focusing on pleasing the local market, eventually the business failed. The result though, was a shift towards buying, selling, and drinking craft beer in the Comox Valley.

We’ve been in an undeniable ‘craft beer revolution’ but the Comox Valley has remained mysteriously quiet. Sure, more and more people are opening their eyes (and lips) to the wave of small batch ales and lagers that are sweeping across our landscape, but as for a local brewery? Nothing, until now. Comox Valley’s local craft beer scene is revving up from Zero to 80 IBUs in what seems like about 6 seconds. If all goes according to plan, valley beer enthusiasts should be sipping ales from 3 different local breweries by Christmas. 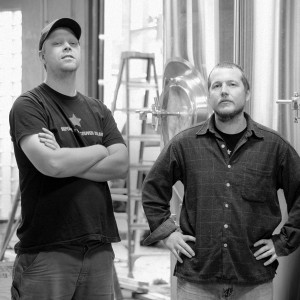 Daniel and Alexandra Sharratt, a husband and wife team from Victoria, have taken the lead in the current movement, setting up shop in a Courtenay location that sparks Daniel’s enthusiasm. “We drove by this location and it had all the specs we wanted for our brewery: 17 foot ceilings, a 2600 square footprint, massive patio and room enough for a 30-seat lounge. We just got lucky that it was downtown.” Gladstone Brewing will open on the corner of 4th and Cliffe Ave, a busy social hub already, so it should only add to the vibe down there. They are coming into the game with the biggest of the 3 breweries, with a 15 barrel system (1750 litres per batch). “It’s pretty small in the grand scheme of things,” explains Daniel. “If demand is as high as we hope it is, we will get more fermenters, we have room to expand.”

They will first focus on serving beer in house, in their lounge and to go in portable, refillable containers called Growlers. They plan to develop this quickly as they will add a bottling line for retail expansion and aim to supply kegs to a few local places like the White Whale, Atlas Cafe and Avenue Bistro. As for what kinds of beers they’ll be producing… “Lots of different kinds,” says Daniel, “but we’ll open with 2 beers, a West Coast IPA, pretty standard in the sense that it will be really hoppy, but with our own twist.” The second offering will be a new style, a Belgian Single, developed by Gladstone’s newest employee, John Adair, formerly of Parallel 49 brewery in Vancouver. “It uses a Belgian yeast, has Belgian characteristics, but it’s going to be light, at 4-5%, so you’ll be able to have a few!”

So why the Comox Valley? “It was a lifestyle choice as well as a cost thing, and the Victoria Market was getting a little crowded. We would be a drop in the bucket there, here we are getting a lot more hype!” Now Gladstone only has to live up to it! 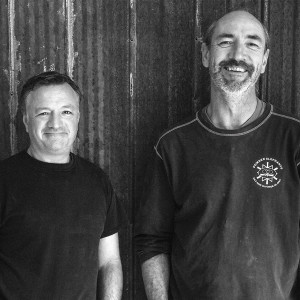 I was impressed when I spoke with Darren Adam, the president of the Cumberland Brewing Co. He seems to have all his ducks in a row… so to speak. In his quest to open the brewery, he has aligned himself with two key players, another husband and wife team, Mike and Caroline Tymchuk, who already own a successful pizzeria in Cumberland. Caroline is a numbers whiz, and Mike carries decades of brewing experience with him. As Darren puts it, “Mike makes the beer, Darren sells the beer, Caroline counts the beer.” Well-defined roles for launching a successful business indeed. They’re opening next door to Riders Pizza, in a tiny space, and are having custom equipment built to suit it. “You can say, a brewery is a brewery, but really there’s two versions… the ‘let’s conquer the world’ types, and the ‘let’s conquer a geographical zone’ types. Let’s take care of our neighbourhood and our community. That’s our concept here”, explains Darren.

They will be slightly smaller than Gladstone, and have less aspiration to leave the direct marketplace. The idea is to serve beer in their tasting room (along with pizza of course), and to fill 3 litre growlers, 1 litre ‘squealers’ and 8 litre ‘party pigs’ which will allow the purchaser to keep fresh Cumberland beers on tap in their fridge at home for up to 6 weeks! Yes they also plan to keg their offerings, but will only deliver within the Comox Valley. As for the beer styles they plan to brew, Darren says, “We are going to establish some steadfast, confident favourites that people will know will always be on tap, but we’re also going to have a lot of fun. Seasonal’s rapid-fire as well as a cask program!”

Why Cumberland? Darren sums it up nicely by exclaiming, “This is my Home. Home is my motivation. Home is my reason. There’s so much to be proud of in this valley, there’s a multitude of locally produced, quality ingredients available. Beer is heavy and gas is expensive. Why are we shipping this liquid all over when we can build good quality stuff right here? Plus, it feels right for what we’re trying to do. The people who want to drink our beer are already here, taking part in all these other activities, mountain biking, skiing, enjoying the outdoors. There’s just so many parallel things happening that it just makes sense.” 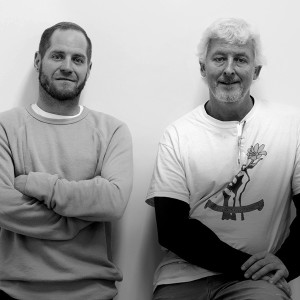 Of the three new ventures, nobody could disagree that Forbidden Brewing Co. is the underdog. Not even owner Michael Vincent. They are starting small, really small, as Michael explains. “We’re different from the other upstarts who are beginning with 10 barrel and 15 barrel systems. We’re starting with… I don’t even know how to scale it, maybe a half barrel. We bought the contents of a U-Brew in Victoria. Six 50l kettles. Nano is where we’re starting.” He and his partner, accomplished home brewer Aaron Bible understand their limitations but hope it affords them the opportunity for more community involvement and freedom for creativity. “We can play with our flavours, adjust them to people’s likes, we’re even thinking of bringing in some quality home brewers who can make a batch, put it up on the wall and hang their name on it.”

Forbidden, situated across the parking lot from the Flying Canoe Pub at the Westerly Hotel, will have a tasting room and will fill growlers as well. Supplying kegs will be a challenge with the physical restraints they face, but they have plans to brand and provide an exclusive beer for the Canoe. “We want to make accessible beers to start with… an accessible pale ale will be our initial beer, but ultimately we’ll be getting into the full colour range, from light to dark” says Vincent, “I love it all.”

So what do all these breweries think of each other? Well, unanimously they agree that there is an opportunity to help create and rebuild the craft brewing culture in the Comox Valley. An opportunity to become a destination for craft beer lovers. They are all in touch with each other, offering helping hands and sharing information and ideas. If all goes well, these three new craft endeavours will thrive and we’ll all be reaping or rather drinking the rewards by Christmas.