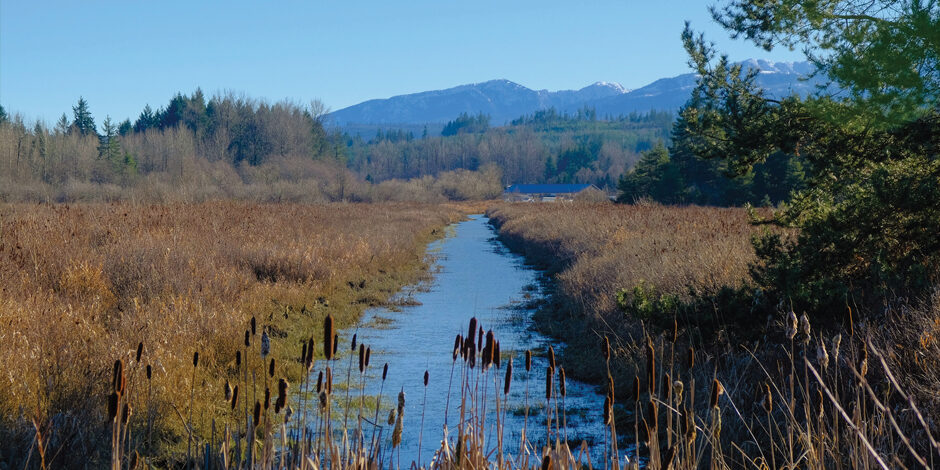 …And three other fantastic sewage lagoons to see before you die.

Your recent travel plans may have gone down the toilet, but was there ever a better time to start planning another sensational sojourn? For those seeking a true cultural experience (in the bacterial sense), sewage lagoons are turning more heads, and turning fewer stomachs, as a choice destination. Many are marvels of environmental engineering accessible to the public, open year-round, and teeming with local wildlife. Below are four effusively recommended locations.

This desert gem near the Persian Gulf is nearly as exquisite on satellite imagery as in person. Boasting 100 per cent water recovery for use in agriculture, parkland, and regeneration of aquifers, it beats out the legendary Al Karanah Sewage Lagoons as the fifth-most speciose birding hotspot in Qatar. We recommend ignoring boring brown jobs like the Common Chiffchaff and Corn Bunting; what you’re there to find are diamonds among the Ruffs like the Squacco Heron, Isabelline Shrike, Socotra Cormorant, and Greater Hoopoe-Lark. Qatar is also full of feral felines—take one home when you leave!

If you find yourself in Southern Ontario on the scenic shores of Lake Erie, skip the crowds at Point Pelee National Park—you’re not going to swim in that water, anyway. Instead, point northeast to beautiful Blenheim, for the most species-rich sewage lagoon in Canada, and #77 on the list of over 21,200 Canadian birding hotspots on eBird.org. Spring is the best time to visit, before the festering heat of the summer: neotropical warblers will be flocking to the boreal zone, flush with hormones and fresh from winter in the shade-grown-coffee plantations of Central America. Bonus points for hitting this one during a migratory fall-out event. That’s when flocks of birds descend from the sky to rest and avoid harsh wind or heavy rain before crossing the Great Lakes. Note that it’s best to avoid fall-out events related to nearby nuclear power plants.

If you’re mad about Mad Max, you’ll know central Australia is not brimming with fresh water. But Alice Springs’ cup runneth over with avian attractions. Be ready for a few dirty sewage-lagoon jokes about the Willie-wagtail and Brown Honeyeater, but with those out of the way you can expect to enjoy true down-under treats like the Royal Spoonbill, Rainbow Bee-eater, Blue-winged Kookaburra, Red-tailed Black-Cockatoo, and Galah (picture Gaga, in bird form). Many municipalities in Australia are actively promoting their sewage lagoons as choice destinations for viewing wildlife and have innovative methods of treatment demonstrating impressive respect for water. You can learn a lot about a society by how they treat, and even capitalize on, their refuse, and that includes human waste. To quote Thunderdome: “Not shit! Energy! No energy, no town.”

Despite being located in a place traditionally known as “Scumberland,” this sewage lagoon has records on eBird.org going back to 1987, and it’s already popular among birders and dog-walkers. While the Brown Creeper is less common here than you might assume, a Slaty-backed Gull (normally found in Asia or Alaska) showed up there in 2003. If another of those were seen tomorrow, we’d have 100 birders visiting the sewage lagoon within a week!

But you’re going to want to hop forward in your time machine to experience this one’s fullest potential, as the Village of Cumberland is set to spend about $9.7 million to make this already-exciting stinking pool of effluent even better, by 2022! The ambitious planned restoration will drastically improve the quality and quantity of nasty stuff released to the Trent River and neighbours in Royston. The project may also improve wildlife habitat by reducing invasive grasses, and will integrate better with some of Cumberland’s other unique wetlands, including the nearby blue-listed “Labrador-tea / western bog-laurel / peat-mosses” ecological community.

If you enjoyed this article, let us know. A Top-Ten Landfills list could be next…