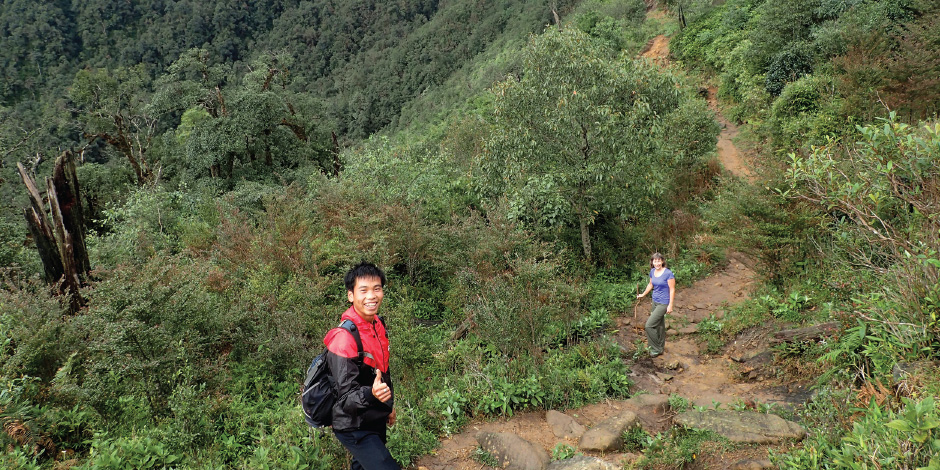 The Roof of Indochina

A pilgrimage To Fanispan Mountain

Tucked away in the northwest corner of Vietnam, with China to the north and Laos to the west, is the frontier town of Sa Pa. Surrounded by the mountains of the Hoàng Liên So’n Range, Sa Pa is dominated by Fansipan, the highest mountain in Vietnam. At 3143m, it is not only the highest mountain in Vietnam, but Indochina: Vietnam, Thailand, Laos, and Cambodia, and is dubbed the Roof of Indochina. Although not a giant of a mountain, Fansipan is the eastern extremity of the greatest mountain chain in the world, the Himalayas, and holds a special place in the hearts of the Vietnamese.

For many years, Vietnamese, Laotians, Chinese, Cambodians, Taiwanese, and people from around the world have travelled to Sa Pa to climb Fansipan or make their pilgrimage to the Roof of Indochina. A cottage industry arose and trekking agencies appeared, to guide the hundreds, and now thousands a year, to the summit. The faint path grew into a trail and huts were built to accommodate the overnight hikers. But not everyone could make the strenuous hike to the summit, so the government came up with a solution to the growing demand from those who wanted to touch the ‘Roof.’

In November 2013, construction began on a cable-car system that would take tourists from Sa Pa to the summit of Fansipan in 15 minutes. In February 2016, the system opened for the public. The cable-car is the world’s longest non-stop, three-roped cable system, with an overall length of 6292.5 metres. Beginning at around 1600m, the overall elevation gain is 1410m, and it can carry 2000 passengers per hour. Each gondola can accommodate 30-35 people. By the year 2020, officials estimate there could be up to three million riders per year.

After stepping out of the gondola at the Fansipan Station, a series of marble stairs guide visitors to the summit, along which they’ll find spiritual landmarks and pagodas. For those not used to the altitude, the final steps can be a trying ordeal; this is their Everest. The pilgrimage is not complete until they reach the survey tripod, hug each other, and raise their patriotic flag that symbolizes the struggle of the Vietnamese people:

The flag is soaked with our crimson blood, shed for the nation
The yellow star is the colour of our race’s skin
Stand up, quickly! The nation’s soul is calling for us
Intellectuals, peasants, workers, traders and soldiers
United as a five-pointed yellow star

In November 2016, Valerie Wootton and I made our own pilgrimage to Fansipan. Despite the enticement of riding to the summit on the cable-car, we couldn’t undertake our journey that way. We wanted to follow the path of our predecessors and experience the thrill of reaching the ‘Roof of Indochina’ under our own steam. When we eventually reached the summit, although misted in, we shared the experience with the Vietnamese people. Their passion and their patriotism fuelled the rest of our travels through Vietnam. 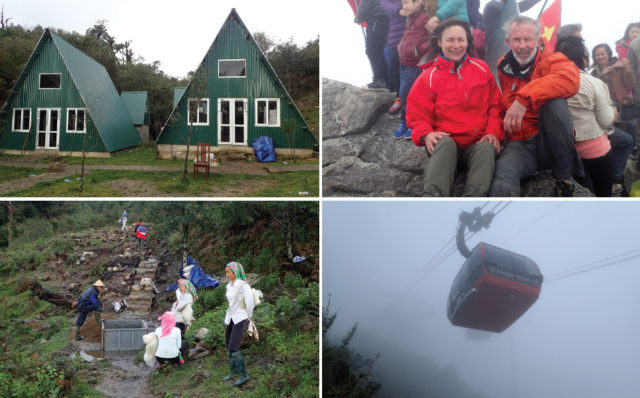