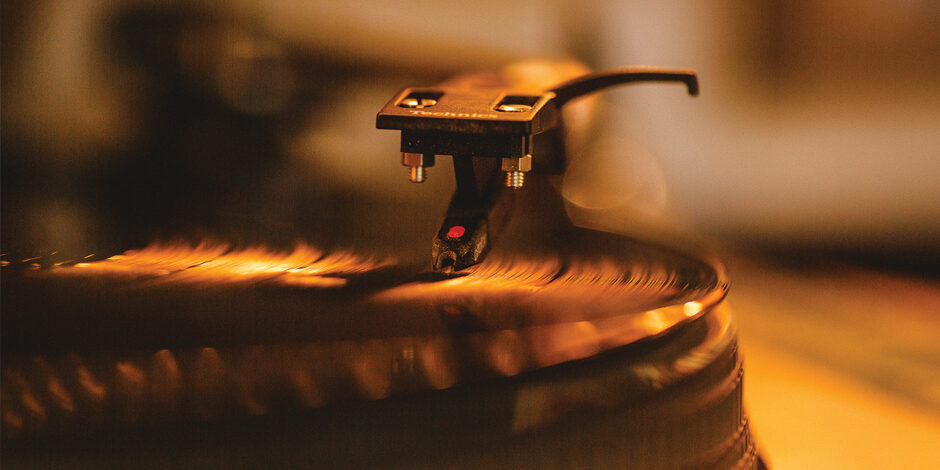 Why records are making a comeback.

In the last few years, you may have noticed the resurgence of vinyl records and local record shops. What is it that people love about vinyl? And why is it a thing again?

The record player was invented in 1877, and even though the technology has remained relatively unchanged since its early days, records dominated the music industry for most of the 20th century—until the invention of the compact disc. And yet, the crazy thing is that in 2020, for the first time since the ’80s, record sales actually surpassed CD sales.

With the rise of streaming services over the past decade, it’s no wonder that CDs are fading out, but what’s the appeal of vinyl when you can stream anything you want these days?

There is no clear-cut answer for the resurgence, but I think it can be tied to people wanting to feel connected to their musical listening experience. Vinyl can be a much more thoughtful and intimate means of selecting music than a random playlist on a streaming app, and it’s much more tactile.

Vinyl fans enjoy the whole ritual. Taking the time to select a record from your collection. Admiring the album art and inner liner sleeve. Carefully handling the record. Placing it onto the turntable. Lowering the stylus. Listening to the first side in order, the way the artists intended. And, of course, flipping the record to the second side after 25 or 30 minutes.

Another reason for the resurgence of records is simple: the sound is better. As Kip Luce of Bop City Records in Courtenay notes, “[when] played on good equipment, well-maintained vinyl sounds amazing, and always will. I’ve got 70-year-old records that still sound incredible.”

Vinyl is the only format that can be fully analog and fully lossless, meaning you just need a decent turntable and needle on it to enjoy a full-fidelity listening experience.

Increasingly, musicians are releasing their music on collector’s-edition records, with colour vinyl and unique artwork. Being able to own and play a special, limited-run record strengthens the bond between artists and their fans.

But vinyl’s comeback may be most evident in the renewed interest in record shops. “People love browsing in record shops, even if they don’t own a turntable. It’s a little trip down memory lane,” says Chris Moon, who opened Moon Records in Cumberland a few years ago. “There’s something magical about going into a record shop and browsing the bins of classic records, reissues, 45s, 12” remixes, and new LPs.”

As Luce says, “Vinyl lovers thrive on the crate dig because you never know what you’ll find. You might find an old favourite, or a record you’ve always wanted but have never found, or you might be feeling adventurous and choose something you didn’t know existed until it wound up in your hand.”

So if you still have a bunch of old albums, don’t put them aside for your next garage sale. Pull them out, blow off the dust, give them a listen, and enjoy the experience and nostalgia they bring. Better yet, drop in to one of our local shops and start creating a vinyl revival in your own life.

You can buy records locally at Moon Records (Cumberland), Bop City (Courtenay), and thrift stores around the Comox Valley. Depending on your budget, there is a record for everyone.