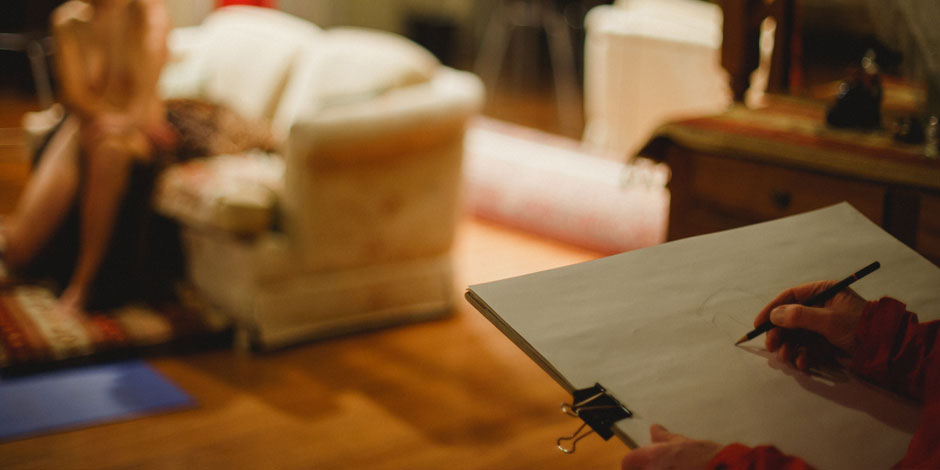 The inherent pursuit of drawing can benefit anyone willing to see things anew.

Every second week, a group of adults varying in age and background meets at the beautiful Abbey Studio, a converted church on Cumberland’s Penrith Ave. They gather to practice the skill of life drawing: to sketch the human figure by observing a live model. It’s a technique many are aware of but don’t fully understand, much like the concept of drawing itself.

To draw is a natural activity. As soon as we realised that we could make marks as children—say, in sand, or on a foggy window—we did. Drawing is essentially the trace left behind by movement.

But if drawing is so natural and something that virtually every child does, why don’t most of us practice it as adults? We passed through the same stages of development in drawing, in the same order: a random scribble followed by controlled scribble. Then, with encouragement from adults, we started to assign meaning to these marks: loops with spots inside them became faces, and lines radiating from these “faces” became arms and legs. Soon we were telling increasingly complex stories with our pictures. When we saw photographs and other lifelike images, we tried to make our own drawings look real. What happened next depended on how much encouragement we received from adults around us and, to a certain extent, on our natural talent. This is what is often referred to as the “crisis of realism.” We either broke through and developed our skills further, or we abandoned drawing, telling ourselves it wasn’t a skill we possessed.

Unfortunately, only a small percentage of adults believe they can draw, and consequently do draw. Yet drawing is an important activity for everyone. It encourages seeing without labelling. Normally when we look around us, we categorise things, often unconsciously: “That’s a person,” or “That’s a tree.” Even when we look at a face, we usually see it as the sum of separate facial features. This is an important skill because it allows us to make sense of the world around us by comparing new visual sensations with similar ones stored in our memory without overloading our brains. But by doing this we miss out on the aesthetic experience, which is seeing for the sheer pleasure of seeing. These different modes of observation are sometimes called the verbal and non-verbal. Generally speaking, the most successful drawings engage the non-verbal mode.

If you have ever felt inadequate about drawing, it may be because you’ve been relying on the verbal mode. One way to encourage the non-verbal is to copy a photo of a person upside down. The verbal part of our mind won’t know what to do with this visual stimulus because nothing looks familiar. Therefore, the non-verbal can take over. Interestingly, the drawing that results will probably look better than if you had drawn the photo right-side up.

One question that pops up in relation to life drawing is “why do artists draw nudes?” The conventional answer is that to paint a person clothed, you need to know what’s going on under the clothes. But this explanation avoids the obvious question of sexuality. (Drawing other things, like mountains or pumpkins, can also be sexual, or at least sensual. The connection just isn’t as clear.)

Drawing is a sensual activity because drawing a line is akin to touch. One could easily imagine, as the pencil makes marks on paper representing, say, the small hollow below a model’s shoulder, that the pencil is actually following the contours of that hollow. There is also a sense in which the artist is stealing the model’s privacy. This points to the paradox in life drawing: the model is both an object and a person.

The Cumberland Life Drawing group was formed in 2013 through the Cumberland Culture & Arts Society. The group meets every second Wednesday between 7 and 9pm, and all are welcome. A typical session begins with a few warm-up poses before progressing to longer poses held between 20 and 30 minutes. The model could be either female or male.

If you are interested in coming but worry that you or your drawings will be judged, there’s no need. The group is accepting and supportive, and a wide range of styles and experience levels is represented. Says long-standing member Kim Wall, “I originally joined the group feeling self-conscious, but I soon discovered how wonderfully supportive the members are. I am able to learn and expand out of my comfort zone by seeing others’ styles and techniques. What a perfect, safe environment in which to grow.” 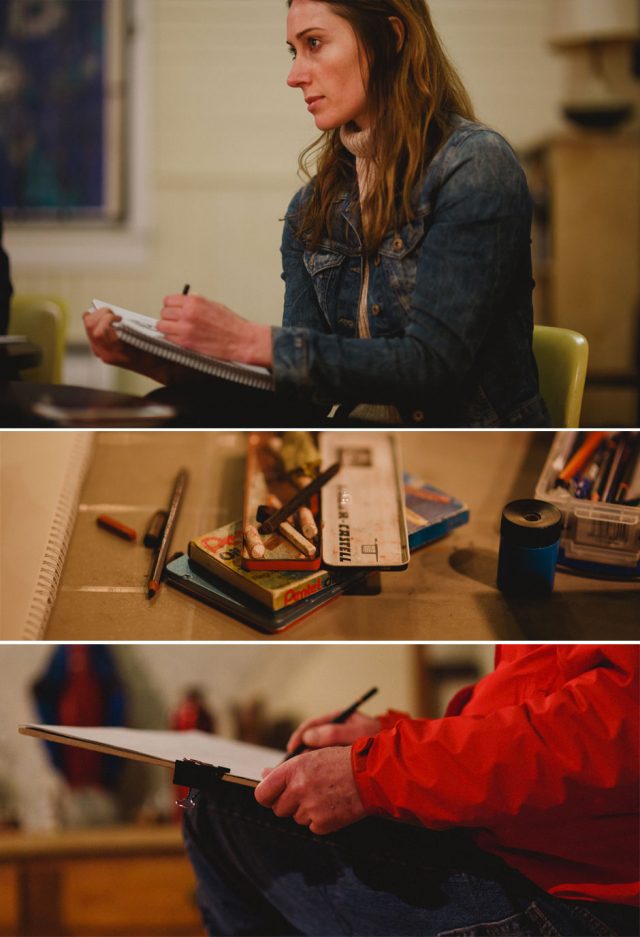