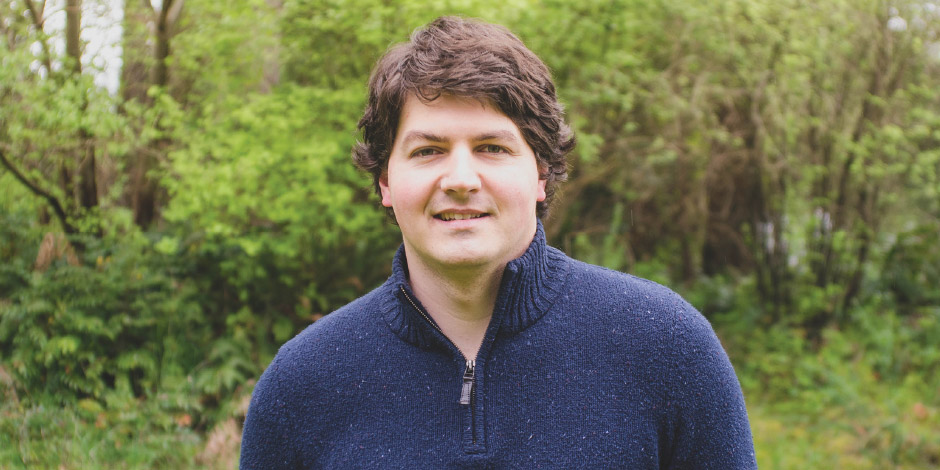 Daniel Kooman is a local filmmaker and a partner of Unveil Studios, an independent studio finding its roots in Red Deer Alberta. A transplant from over the Rockies, Daniel has reversed the trend of British Columbians making an exodus toward an Alberta oil economy, following the stream of creativity running towards our promise land of artistic abundance here in the Comox Valley. We caught up with Daniel at his Black Creek based studio space to hear a bit of the story behind the story-teller.

CVC: What got you into filmmaking?

Daniel: When I was in high school a teacher told me, “If there’s one career you should never pursue it’s film making.” That sparked the idea. We formed Unveil Studios in 2004 with my two brothers and three other friends. We all wanted to see the world and travel so we started looking for some real stories about real people. Right away it was about documentaries and human stories. We wanted to explore the space between poverty and wealth, what people need and what makes them happy. We went all over the world and asked those questions. We met amazing people—aids orphans and widows, people living in pipe villages in India—people from all walks of life. That first trip around the world made me see that this is what I wanted to do with my life.

CVC: Since you’ve been based in the Comox Valley, what sorts of stories have you been telling?

Daniel: I’ve really been drawn to working with artists but we’ve done a lot of corporate films as well. Artists understand suffering and passion. They know how to dream and that’s interesting. With corporate projects, whether you twist metal or build houses, there’s always something that’s gotten you to where you are. If you dig deep enough there’s that passion. You walk people through their story until you find it. Questions that prompt them to find what got them to where they are, how hard have they fought for this, what do they really love, what puts them in the zone? Any interview is dead until you hit that passion; It’s not going to be meaningful, because people won’t connect with their story otherwise. Those are the moments you highlight in the final product. Moments of passion, our best abilities are connected to our passion. I believe that one hundred percent… It’s a treasure hunt, when you dig up that gold, then everyone can see it. The audience sees it. It’s exciting to find that.

CVC: What has living in the Comox Valley added to you as an artist?

Daniel: When we first moved here it was like an escape, and I got some ideas for new projects right away. Creativity flourishes when there’s freedom and space. When there’s no strings attached. That has been so great for me creatively. When you tap into your own passion and creativity that helps you tell other peoples stories well. The atmosphere and the inspiration here has been a positive influence for sure. There’s also a plethora of creatives out here, we don’t have to look too far to work together.

CVC: How did you find the stories you’ve told so far?

Daniel: Meeting people and telling them I make films always generates ideas… through relationship has been the best way to find stories. When we first started making films my family had a connection to a guesthouse in Thailand and friends who worked with the “untouchables” in India, we started there.

CVC: What attracts you to the struggle in a story?

Daniel: On our first film trip around the world we saw a lot of it. I was aware of human struggle but not at the level that I found when I saw it for myself. Slums in Nairobi, refugee camps… I just thought this could be me, my life, my suffering, but what attracts me to those stories is the hope and the life. I was with a woman who had been widowed because of aids in Kenya, she herself could have died at any moment while we talked, but she had more hope and more joy somehow than wealthy people we were interviewing in Europe or North America. It’s interesting that where there’s real struggle, hope and life is often more obvious.

CVC: What other criteria do you have for a good story?

Daniel: Looking at our track record it’s not about a happy ending but themes like hope, freedom or redemption, even just possibility or meaning. Those stories typically have suffering along the way, but that makes them interesting. The characters that typically resonate with audiences are the ones who you can see yourself being. The ones whose shoes you can put yourself in. They have real problems, like us. They didn’t have it together but because of some event, some moment, they got to the place they needed to be. When you get out there you realize you have a lot to learn from the people you’re interacting with or interviewing, ultimately your life gets transformed by that. That’s what’s powerful about a character who’s been broken down… when you experience your own story in someone else’s it peels back the layers. When you experience someone’s “real life” whether it’s fiction or not, their faith, some meaning or redemption, those themes are some of the deepest ways people connect with stories.

CVC: How do you describe passion?

Daniel: I describe passion as whatever makes your heart beat faster. The things you go through in life can form your passion. Passion has roots in struggle, it means you have something to validate why you’re fighting for it. If I’ve been working hard to get a film happening for years, I’m going to be passionate about seeing it come to life. For one of my first projects someone agreed to invest in it only if I worked for him for six months. It was a pretty tough labour job doing tiling and laying floors. That didn’t seem to have much to do with filmmaking. It was long hours all summer and into the fall but it was about paying into doing our dream to make films. It is empowering if you suffer to do the thing you love – you do better work. Funny enough during that first project we connected with migrant workers doing similar labour work who were barely getting paid at all… my “suffering” has always been trumped by someone else’s whose story I’m telling. It puts things into perspective.

CVC: How do you use perspective as a story telling mechanism?

Daniel: A lot of the work we’ve done has involved comparison or juxtaposition. That perspective is what makes the story powerful. When you show a child who’s thrilled with even the chance to go to school and you juxtapose that with someone who’s had everything they’d ever want or need and they’re not thankful for it, all of a sudden you have this perspective that’s really powerful. If then a person who has everything is willing to look at that juxtaposition, there is a possibility that the light bulb could come on. Not to manipulate those differences but to put it into perspective and to ask the questions.

CVC: We heard you’re working on a feature length film?

Daniel: We’re in pre-production of “She Has a Name”, which is based on a true event out of South East Asia. What’s really exciting about it is that it’s our first feature length narrative film project. It’s a big creative leap from shorter narrative work but it’s a leap we’re ready to take. We’re really excited about the story itself. It’s a story about human trafficking which is something I didn’t know anything about until I went to India, Kenya and Thailand. The real moment for me was when I met a trafficked survivor in Red Deer Alberta, it hit home for me. People are trafficked everywhere. Not just in places where there’s poverty, but right here at home. What excites me is that people connect with a powerful story. I really believe people will be inspired to do something about the issue when they see it and that adds another layer.

CVC: How do you see the role of contemporary entertainment in our culture?

Daniel: I don’t think I’m a minority when I say stories that resonate with me are stories with meaning. A comedy can be just as meaningful as a drama. It doesn’t have to be painful and depressing. The power of the industry is how many people you can access. Your audience can be massive. I value meaningful influence as opposed to negative influence. If you had a million people listening to the next thing you were about to say, what would you tell them? What drives us at Unveil Studios is that we can have a positive influence. False power is control and manipulation. Our film “She Has a Name” is about that abuse of power. The idea that “I can use this person to get power or feel powerful.” But we need integrity, that’s where freedom comes from. That’s positive power. Even if you’ve been abused and controlled your whole life, in a split second love can lift all that. Love is incredibly powerful. Love rises above. It’s the reason to suffer or have passion. It’s the reason to tell a good story. The entertainment industry is the clergy of our time, that’s where people are going and looking for meaning. Art and storytelling defines culture, in that sense our culture is being shaped by the entertainment and media industry.