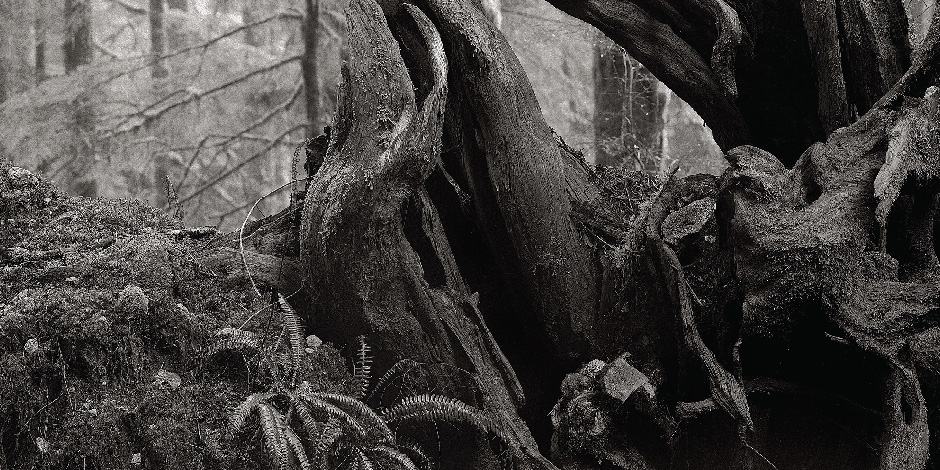 Trucking around the forest with filmmaker Marek Zaleski.

“I don’t film what I see, I film what I feel” explains Marek Zaleski, as I carefully navigate my rusty old ’94 Toyota Pickup between the menacing potholes littering the side road leading us to our destination. We’re headed for the Medicine Bowls, a breathtaking spot along the Browns River, just outside Courtenay. I’ve only met Marek a few times, but I feel strangely comfortable showing him a few of my favourite natural spots in the Comox Valley. Normally I’d be a little more guarded, especially considering that he’s a filmmaker.

Marek is keen to film in the Comox Valley. In regards to a project he’s working on, it’s captured his interest. As we wandered through the woods, I thought I’d get a little backstory from him for this article, but quickly realized that he’s not at all interested in talking about himself. Happy to avoid any discomfort, I put my notebook away. To him that’s not what’s important anyways. And he’s right.

What is important to Marek is his lifelong quest to help people gain—or regain—an emotional link to Mother Nature. Of all places to pursue this, he’s chosen Vancouver Island for the power of its natural beauty. An accomplished world traveler, photographer, artist, and cinematographer, Marek’s current project and passion is called VIMON, or the Vancouver Island Museum of Nature.

His goal is to create a series of engaging short films that use the calming and rejuvenating effects of nature to empower and heal the human spirit. He uses a high definition video camera to capture these natural moments. His camera never pans or zooms—it remains static. He frames a wilderness scene that feels right and leaves the camera rolling, allowing whatever it captures to take centre stage. Perhaps he’s filming a bubbling stream in the late day sun, well eventually a dragonfly might meander through the scene, or maybe not. Whatever the case, the moment has captured you; your heart rate has eased, you’re breathing a little deeper, that knot in your shoulder just vanished, and you feel inspired. It just happens. And that is what he wants.

Marek’s vision for VIMON is multifaceted. He knows that anyone can benefit from taking a moment to connect with the natural world, so he sees huge potential. After years of preparation and filming on the Island, an Earth Day Screening of “Emotions in Nature” at Mountain Equipment Co-op in Victoria was VIMON’s official Canadian Tour launch event. He’s hoping that was the start, as he’s working on a full scale production with IMAX theatres in mind. And his work is already being used for therapy in healthcare and wellness including Campbell River First Nations Health Council, recovery houses, hospice, and the Cumberland Lodge. Marek also sees his films being useful and appreciated in waiting rooms, restaurants, stores, on our screens… Anywhere people could benefit from a quick and relaxing encounter with true nature.

Marek has a certain charm about him—a calm confidence. With ever-turned up corners of his mouth and a twinkle in his eye that welcomes you to share in his vision, it’s obvious that he believes in what he’s doing, and why he’s doing it. Either that, or he just spends too much time in the woods…

As our scouting mission comes to a successful end, I drop him off at the Riding Fool Hostel in Cumberland and he confides in me, “I think this is a good truck.”