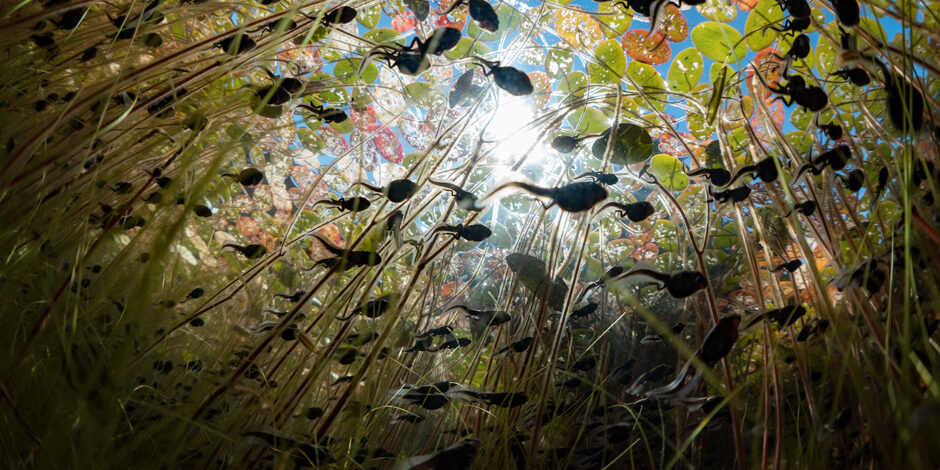 The Comox Valley is home to a diverse group of visual artists who use video to tell compelling stories about nature, humanity, and community.

Scott Bell is an outdoor adventure filmmaker who has a commitment to capturing the beauty of the world and the stories of the people who explore it. His work strives to get people outside and inspire them to protect the wild places on this planet.

Scott’s most recent film, Blueprint, highlights the creativity and artistry that go into building a new mountain bike trail in the Cumberland trail network. Through a blend of documentary filmmaking, visual effects, and skillful biking, viewers are taken on an eight-month journey with trail builders Mark Matthews and Chris Snodgrass as they craft a new trail for the community. This short film has been featured in a number of festivals around the world, including the Banff Mountain Film Festival.

As a documentary filmmaker, Ed searches out projects about cultural and biological diversity. His career spans 30 years and many countries; his films often focus on environmental education and Indigenous reconciliation.

Currently, he’s directing a film on the Kus-kus-sum habitat restoration coordinated by Project Watershed. The film will weave K’ómoks First Nation history alongside the work of transforming an industrial site back to a vibrant, natural part of the K’ómoks Estuary.

A key filmmaking component will be to capture engaging interviews and work them seamlessly into the action on the ground.

Maxwel is a nature and wildlife cinematographer and photographer who grew up on the Sunshine Coast and who now uses his commercial diving certification and experience to create films that showcase our world’s underwater diversity. His film Tadpoles: The Big Little Migration has won nearly a dozen awards.

A specialist in underwater cinematography for documentary television and features, he’s currently working on a series about Vancouver Island wildlife for a popular streaming platform. He has several productions in the works for Disney, Nat Geo TV, and History TV.

Unveil Studios is a full-service production company owned by the Kooman brothers, who live in Black Creek. Their goal is to tell stories that entertain, inspire, and bring about transformation.

She Has a Name, their award-winning 2018 film, stars Will Yun Lee in a powerful call to action about the horrors of sex trafficking. Their newest project, Breath of Life, which premieres in January 2022, explores the question of whether one’s quality of life can change dramatically, just by learning more about breath.

Many scenes in Breath of Life were filmed around Vancouver Island.

Kayla specializes in high-quality short videos for local businesses, community events, and non-profit organizations in the Comox Valley. A self-taught videographer with diverse abilities (she is legally blind in both eyes), Kayla brings persistence and a unique perspective to every project. Through her work, she aims to bring the community together and show viewers how great the Comox Valley truly is.

She has recently completed a promotional video for the Courtenay Medicine Shoppe Pharmacy and is currently working with the Local Refillery.

Chukwumuobi enjoys all facets of filmmaking, from writing scripts and directing to producing and post-production work. The pilot for his web series, Homestay, was filmed in and around the Comox Valley using local crew and talent. Homestay is about an African student in Canada who loses his sponsorship and must figure out how to pay next term’s tuition to avoid possible deportation.

Chukwumuobi is currently collaborating with Bobby Herron on a documentary about how artists who contribute to Cumberland’s appealing vibe are being forced out by the rising cost of living.

Filmmaker Shane Philip is always looking for new stories to tell. He launched Island Soul Films to create captivating, interesting and unique visual content. This all-inclusive production company helps commercial clients convey their messages in a memorable and powerful way. Shane is currently working on a film for the Courtenay-based Tibetan Bön Buddhist Society. The group is fundraising for Sherab Chamma Ling, an international teaching and meditation retreat centre to be built in the Comox Valley.

Mackai, who has been making films since he was eight years old, currently describes himself as a filmmaker/photographer/creative director.

His 2021 film, Before The Beauty Is Gone, features striking video footage of northern Vancouver Island and the Gulf Islands, along with leading fisheries biologists and activists explaining the importance of BC’s forage fish species like herring, which are critical foundational species for many wildlife species and ecosystems. 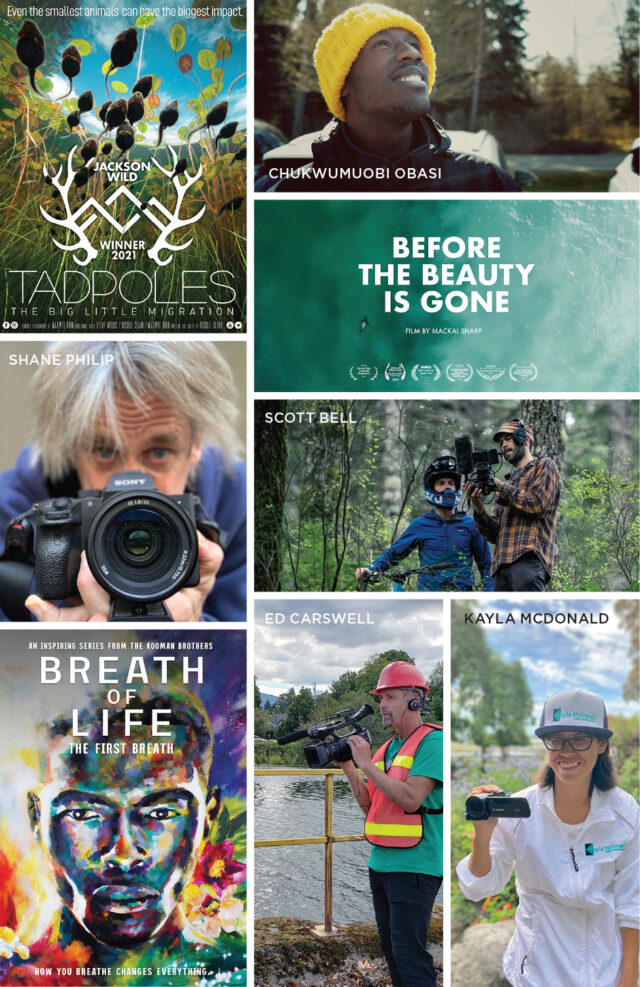