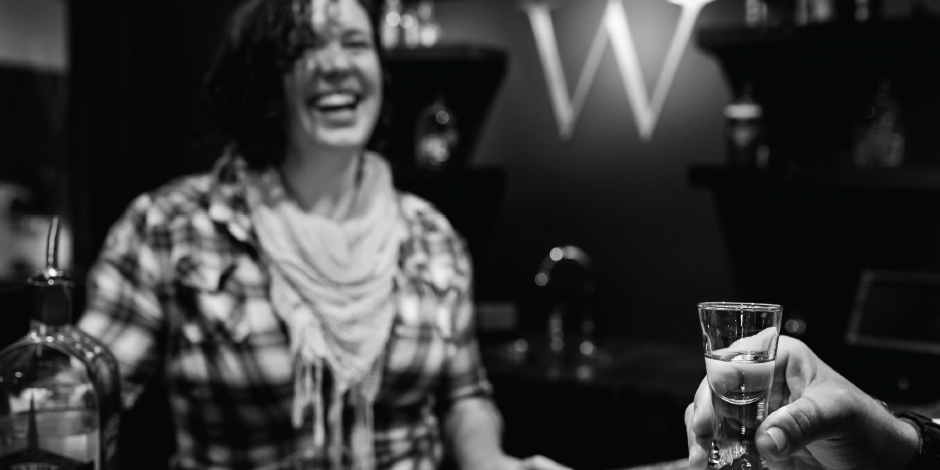 What do you get when unruly people meet unruly bees? If Dave and Andrea Brimacombe, the creative geniuses behind Courtenay’s new Wayward Distillation House, provide any indication, it’s some of the smoothest spirits in the world.

Unruly Vodka, launched with the distillery’s December 2014 opening, is the first vodka in Canada to be distilled entirely from honey. The surprising result is an impossibly smooth spirit with a hint of ambrosial sweetness that caresses the palate with the warm delicacy of a first-time lover.

“It doesn’t taste like anything else you can drink,”says Dave, a 32-year-old soldier-turned-distiller whose copper-tinged moustache flows just as smoothly as the vodka he pours. “And it doesn’t have so much aggressive personality that it fights everything you put it with.”

In terms of quality, Unruly rivals that of premium brands like Belvedere and Grey Goose – with one critical distinction.

“We don’t have million dollar marketing plans so we’re not in every magazine telling you that it’s a good thing,” says Dave. “We put two and a half pounds of honey in ours instead. We want you to buy our product because it’s the best. Not because it’s here or you feel guilty because I poured some for you, but because you really like it.”

In February, with sales of Unruly Vodka continuing to improve, Wayward Distillation House launched its second signature spirit, Unruly Gin. Distilled from the same B.C. honey and then infused with juniper and a secret blend of Island-sourced botanicals, it’s believed to be the first honey-based gin in the world. Eventually, Dave and Andrea plan to add a barrel-aged rum to their lineup, as well as a variety of “whimsical” liqueurs including coffee, raw ginger and elderflower.

“We love it here,” says Andrea, noting the profound collaborative atmosphere and “overwhelming” support from the community. “B.C. for the win!”

Unruly Vodka and Unruly Gin can be found at independent liquor stores throughout the Valley, as well as at the distillery itself – an elegantly repurposed welding shop on Moray Avenue.

“Come in and have a sample,” invites Dave. “And if you forget what it tastes like, have another!” 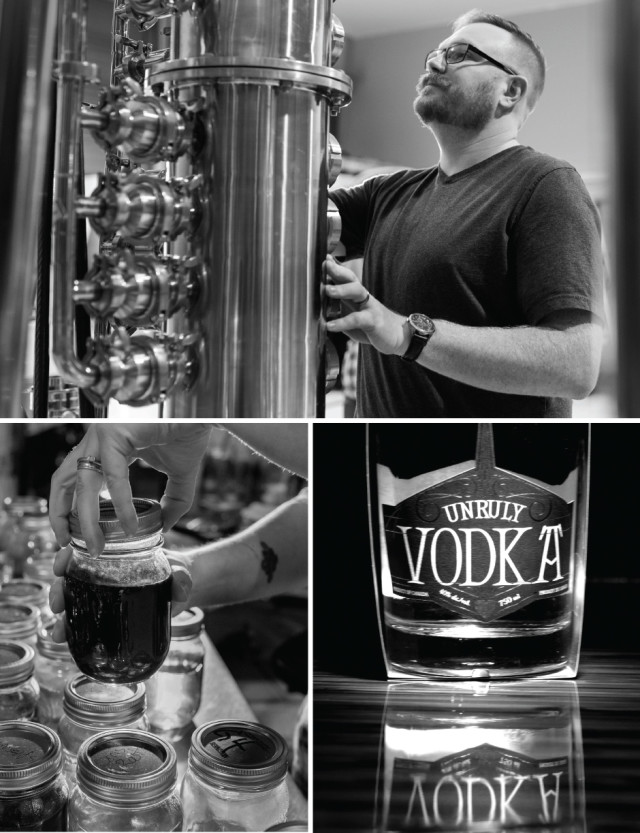