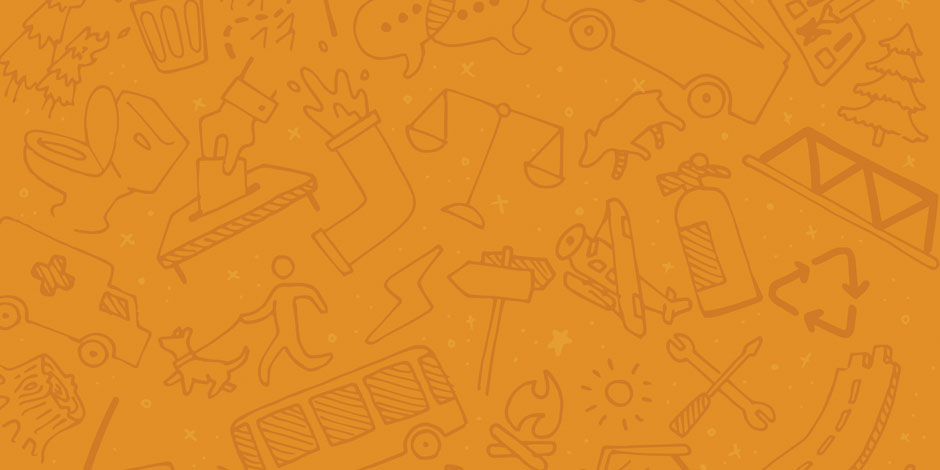 While the political process can be disenchanting to voters, the accessibility of local politics allows us to get closer to the roots of democracy and play a direct role in shaping the future of the Valley.

If there was ever a time to exercise your democratic right to vote, it’s now. Across the globe, research has shown that many millennial voters are turning away from liberal democracy and supporting extreme-right leaders, such as Austria’s new chancellor Sebastian Kurz. Careful what you ask for. South of the border, “The Donald”, that paragon of pretty much every human vice—greed, misogyny, dishonesty, egotism, bigotry—is making a habit of cozying up to authoritarian regimes that persecute their own citizens, while undermining the very fundamentals of his own country’s political system. Democracy. “Rule by the people.” It’s so associated with North American and European nations that we almost take it for granted.

Though it’s hard to identify exactly where and when in human history the seeds of what we now call democracy were first sown, it was the ancient Greeks who gave us the term back in the 5th century BC. That’s when thinkers like Cleisthenes put forward an array of political reforms to counteract tyranny, opening up access to political power beyond family loyalties to a broad cross section of society regardless of lineage or wealth. Political offices were filled using a system of lots, and policy decisions were taken by a majority vote in the Ecclesia, their form of assembly in which all citizens could participate. Political engagement became not only a rite of citizenship but also a source of great civic pride. Women and slaves were excluded from this process, however. So we can say that the ancient Athenians didn’t completely get democracy right.

Unfortunately if these founding fathers of democracy could witness the voter apathy and disconnect between people and politics that pervades modern Canadian society, they would be appalled. For example, in the last provincial election in 2017, roughly 58 percent of eligible BC voters cast a ballot, up modestly from 55 percent in the previous election. It’s worse at the civic level. In the previous 2014 municipal election, a sad 31 percent of voters in Courtenay dragged themselves down to the local polling station to vote. To what do we owe this widespread voter apathy? It might be the fact that we have it pretty good in Canada—a relatively clean environment, economic opportunity, equality, affordable access to health care—and the sense that these metrics of a fair society will remain stable regardless of who we put into office: conservative, liberal, social democratic, socialist, etc. It is also likely a feeling of disenchantment that our obsolete first-past-the-post electoral system is chronically out of touch with the citizenry. Modern nation states are unwieldy entities. Ever growing populations and the complexity and number of issues to be dealt with on any given day have, out of necessity,s seen democracy morph from a form of Athenian direct democracy, where citizens voted directly on matters of policy, to one of representative democracy. Every few years we elect politicians to make decisions on our behalf, then we all go away, busying ourselves with day-to-day life hoping that our elected officials adhere to at least a few of their campaign promises.

As one of my university political science professors was fond of saying, democracy is the worst form of political system, except for all the other ones. In other words representative democracy can be a messy, unfulfilling, and frustrating process, but also a reaffirmation that despite democracy’s many shortcomings, we are privileged to live in a country where the right to vote is enshrined and there are mechanisms in place to hold leaders at least somewhat accountable. This fall, we take to the polls to vote in municipal elections. Of the three levels of government in Canada, federal, provincial (territorial) and municipal, the latter is the closest we will ever get to a direct participatory democracy. Federal and provincial politicians dwell mostly in the capitals of power, parachuting into home ridings for ribbon cuttings and grip-and-grin photo ops, while staying insulated from their constituent concerns by message managing government communications staffers. On the other hand, civic politicians—and politics—are refreshingly accessible. For example, it’s possible to meet a city councilor for an impromptu political pint at Gladstone, and so-inclined citizens can make their presence known in the council chamber when an important decision is being made, such as a vote on a significant re-zoning.

Dave Frisch earned the most votes of all elected councilors in Courtenay’s last election, and believes voters, especially younger voters under 30 who are especially impacted by housing affordability, should get engaged for the very reason he got into politics. “I ran for council because I was interested in transportation and development,” says Frisch, a longtime cycling advocate and proponent of Smart Growth, a development which promotes strong communities, economic growth, and environmental health. “Those issues really impact everything in cities and how we construct our lives.”

Putting your name on a ballot takes a strong stomach. Nobody does it to get rich, and aspirations to effect change can be ground down by slow moving, often inert municipal bureaucracies. The status quo tends to prevail. City engineers like pipes and sewers because they are predictable and conventional, making it hard to implement innovative water-saving design features such as grey water separation. Planners also tend to be conservative in their thinking because it’s safe, and so too is the average home-owning taxpayer; anyone who has advocated for social housing or even a zoning amendment to allow a secondary suite often quickly encounters fierce NIMBY’ism. The fact is that change is hard, even for the well intentioned.

Frisch is honest about his first four-year term as city councilor. His hopes of being an “agent of change” have been only partially fulfilled. Current zoning bylaws in the Comox Valley have not kept pace with the affordable housing crisis, and Frisch’s aim to see Courtenay—and the region—transformed into a cycling-friendly community remains a slow work in progress.

That’s why he counts victories in baby steps. For example, carriage houses, a partial solution to the Comox Valley’s growing housing issue, are permitted but only on lots of a given size in certain zones like R2, as well as through zoning amendments, which are expensive and subject to neighbourhood approval. The proposed Willemar Avenue redesign, which would have seen part of this street become a cycling corridor, was postponed in early 2015 in favour of the creation of a cycling network and infrastructure plan that’s part of a larger transportation master plan scheduled for completion this fall.

So why get excited about civic business that, when described, sounds like watching paint dry? Because it matters. Decisions made at city hall can have profound impacts on quality of life. Denser urban development can mean more people walking to work and fewer folks sitting in idling cars during the morning and afternoon commutes. When development is concentrated, sprawl is reduced and so too are service infrastructure costs in the form of pipes, sidewalks, city lights, roads, and other city infrastructure, expenses that are borne by taxpayers. More biking infrastructure can make for a healthier community, with less urban real estate devoted to accommodating vehicles and more for parks, art galleries and libraries. All of these things contribute to what we call livability, the attributes that make a city more than just a collection of buildings lining roads, but rather a sort of living organism full of vitality, creativity, and entrepreneurial spirit that attracts people with ideas and cares for those in need.

“The municipal election is the tool we all have to give our community direction. When people are informed and engaged we elect a Council that best reflects our communities’ priorities and vision,” says first-time candidate for Courtenay council Mel McCollum, who works in finance at North Island College, studied geography at UVic with a focus on urban planning, and shares Frisch’s progressive views on what a city could be. “I believe when people have a direct connection with an issue they are more likely to come and vote for a candidate that will represent their interests on council.”

The ancient Greeks elevated the practice of sitting around and discussing ideas that shaped their society into an art form and called it democracy. Rule by the people. Let’s hope we bat greater than 50 percent in this year’s municipal elections.