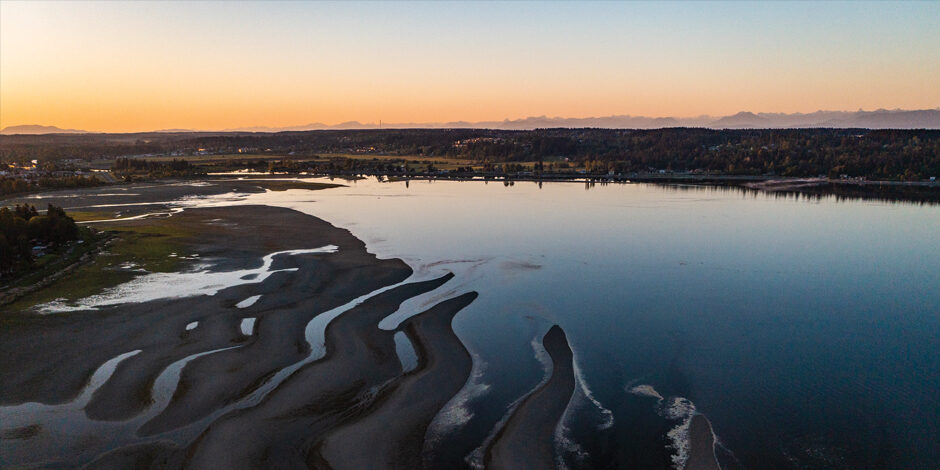 The forces behind the tides aren’t as simple as you think.

You don’t need to be an oyster farmer or sport fisherman for the daily ebb and flow of the ocean to impact your life. The tides influence everything from swimming conditions at Goose Spit and flooding in Lewis Park to a visit to the Royston Wrecks or a sail to Tree Island.

We’ve all been taught that tides are the result of the moon pulling ocean water back and forth. But dig a little deeper and that simple explanation crumbles like a sandcastle.

First off: Those tide tables we all rely on hint at uncertainty—they’re called forecasts or predictions. They’re not gospel. Or what about this? Moonrise times in Tofino and Comox are only a couple minutes apart. So why does low tide happen about five hours earlier in Tofino than in Comox?

Even odder: the moon’s gravitational pull is equal along its path, but the tidal range—the difference between high and low tide—varies up to a metre between Tofino and Comox. Most confounding of all: the moon only does one lap around the earth a day, but there are four tides.

Obviously other forces are at work.

“Basically, the moon, and to a lesser extent the sun, slosh the water back and forth across the Earth,” says Jennifer Jackson, a physical oceanographer with the Hakai Institute. “But when the water hits the coastlines, that’s when things get complicated. There are ten different components involved in the tides.”

The primary force is the moon, whose gravitational pull creates a bulge, or high tide, that follows the moon around the globe. At the same time an opposite, but equal, inertial force—the same one that keeps the earth and moon from crashing into each other—creates another high tide on the opposite side of the Earth, with two lows in between.

The sun’s gravity does the same thing, but because it’s so much further from Earth, it’s only about half as strong as the moon’s pull. Of the four daily tides, the moon creates the highest and lowest tide each day, while the sun is responsible for the other two.

When the sun and moon line up, which happens on every full or new moon, their combined pull is greater—and so are the tides.

On a completely watery planet, the moon, sun, and tides would be more or less in lockstep, but this seeming simplicity becomes more confusing when we factor in land, especially around here: “Our complicated coastline has made tides such a big feature of where we live,” says Jackson.

The confines of coastlines and the Earth’s rotation set the tides spinning in a counter-clockwise direction around the North Pacific, instead of following the sun and moon from east to west. Like rotating water in a bathtub, the tides slosh up along the coastlines while the water level stays relatively flat in the centre. For example, the tidal range in the middle of the North Pacific is small, while it’s very large in Alaska, near its extremity.

The next major influence comes from the intricacies of the coastline, including headlands, bays, inlets, and islands. The high tide bulge approaches British Columbia from the southwest. To reach Comox, it has to squeeze through a maze of islands at both ends of Vancouver Island. The narrow channels back up the water, creating tidal currents—literal rivers in the ocean. This difference in tidal elevation builds momentum. Even after the tide has started dropping on the west side of Vancouver Island, it will continue to rush towards the east coast, which explains the delay in timing and difference in height of tides between Comox and Tofino.

All those tidal influences are predictable. The uncertainty comes in with the weather, and usually, it’s minimal. But when the wind blows hard, and for a long time, it can push water against a coastline, creating a higher-than-expected tide called a storm surge. It was Hurricane Katrina’s storm surge that flooded New Orleans in 2005 with a tide six metres higher than expected.

The Strait of Georgia is too small to have large storm surges. But when a storm around here coincides with an already high tide, logs get tossed into the Airpark, waves break in low-lying yards, and oceanside roads erode. According to Jackson, we can expect more of this. Storm surges will become more problematic as climate change produces more severe and frequent storms, along with incremental sea level rise.

Barometric pressure, bathymetry (the shape of the ocean bottom), salinity, and many other factors also impact tides. Jackson doesn’t understand it all. “I’m constantly humbled,” she says. And oceanographers are still learning more.

It might be simpler and more fun just to believe ninth-century Arab scholars, who thought the tides might come from angels dipping and removing their wings, or whales inhaling and exhaling water. 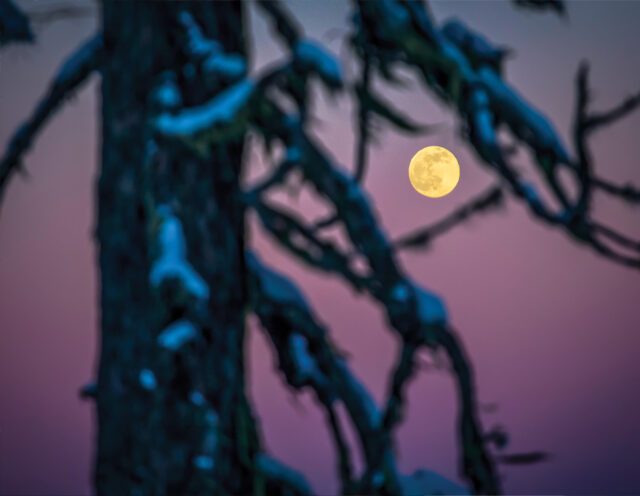