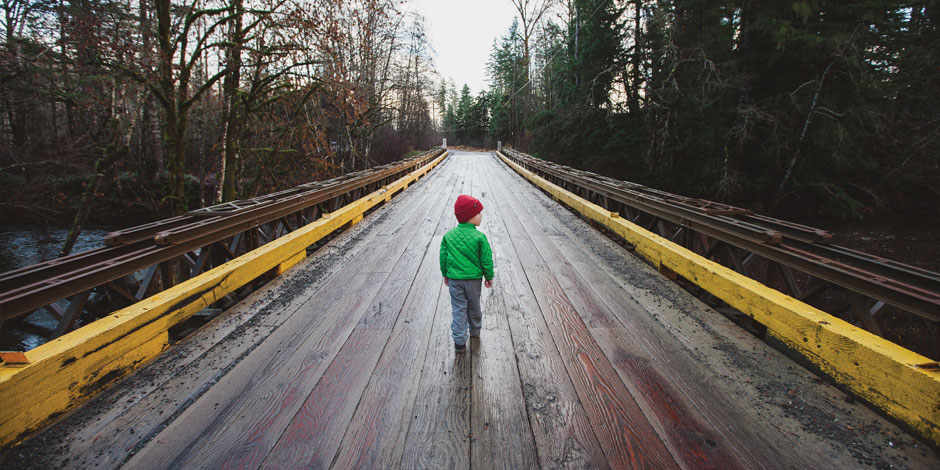 The rivers of the Comox Valley have the power to carry us home.

We are made of the place we came from. If you eat locally and don’t drink bottled water, your body becomes a product of the very land around you. For me, that land was Merville. And that water was the Tsolum River. We lived in the Tsolum.

My father wouldn’t let us swim in the river until his birthday on May Long Weekend, but we would always sneak a dip in at least a week before. Now, when I think about jumping in the river mid-May, I shiver, but that’s what we did. Every year. With creative names like Deep Hole, Devil’s Swing, and The Spot, the kids of Deep Merville—where the land is soggy and the hippies rub shoulders with rednecks—spent the duration of the summer swimming in these rivers, filthy with the clay from its banks, far from parents, exploring the confusing corners of adolescence, holding breath, catching air, living in liquid.

A mountain bike and then a car allowed my explorations to take me further as I grew. Our range grew too; we’d swim in the turbulent Puntledge, the frigid Browns, and the brief-but-deep Courtenay River, which begins at the confluence of the Tsolum and the Puntledge near Lewis Park, and runs less than a mere kilometre to the Strait of Georgia. Here, seals would hunt the salmon beneath our kicking feet, weaving in and out of legs. Meanwhile, grown-ups got drunk and fought on the park lawn above the riverbanks. I never understood why they spent so much time on land when the water offered all that curiosity below. I still don’t.

To say swimming in rivers is a spiritual exercise for me may be a stretch. I am not a god-fearing man. But rivers have certainly been a foundation of my life since I swam in Port Hardy’s Quastse River as a toddler. It was in that moving water where I first experienced being swallowed by the surface, only to be pulled out by my mother—”saved,” in the dramatic worldview of a three-year-old. And so, all these years later, when I pull my own three-year-old son out of the Comox Valley’s crystal clear waters, only to hear him fearfully thank me for “pulling him out of the deep,” I understand the depths of meaning these baptisms of Vancouver Island hold for children and adults alike.

From the “at capacity” status of Stotan and Nymph Falls, to the secret spots we all hold sacred and never share, the rivers of the Comox Valley may be the true reason I returned home after 18 years away. From Toronto to the Kootenays to Whistler to California, everywhere I lived fell wildly short in the wild rivers department. Dirty lakes and glacial rapids do not assuage a Comox Valley-raised kid, and I am happy my son gets to experience the same invigorating, adventurous, and life-giving waters I was raised in. Which is to say, it’s spiritual.