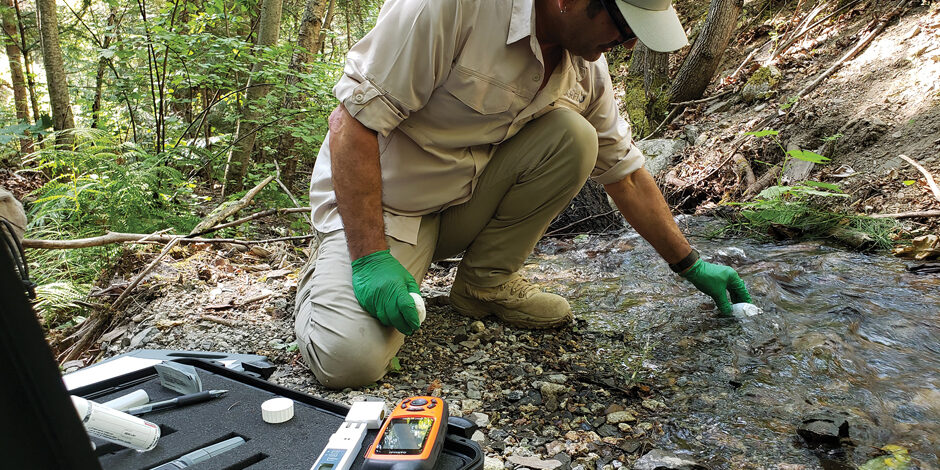 Clearflo Solutions was already working on the global clean water crisis. Then their technology was needed much closer to home.

Imagine noticing smoke in the distance, then, less than ten minutes later, your property is fully consumed by flames and there’s no time to do anything but flee.

Imagine watching, helpless, as your home and community burn to the ground in less than an hour.

Imagine wondering where your loved ones are, spending days fearful and anxious, trying to make contact without adequate cell reception or internet access.

This might sound unreal, but it certainly isn’t a work of fiction.

On June 30, 2021, a wildfire destroyed over 100 properties within the village of Lytton and nearly 40 homes within the Lytton First Nation community. An estimated 1200 residents were left displaced—scattered throughout the province and into Alberta, making communication, healing, and recovery arduous.

Several months after the wildfire blew through, residents of Lytton and neighbouring First Nations communities remain resilient, and plans to rebuild are underway.

It’s impossible to measure exactly how much was lost by those affected by this wildfire. Access to safe, clean water shouldn’t be a worry. Yet, after water treatment plants in the area were disabled during the fire, hundreds of people were left to deal with water unfit to drink and cook with.

The Courtenay-based company has developed an effective answer to drinking-water issues in Canada and across the globe; their systems are already in use in Panama and China.

As Clearflo founder Kevin Haughton explains, “The system provides a predictable, sustainable solution powered by renewable energies… that provides access to clean water in a matter of days, not decades.”

When news of the Lytton area fire reached Haughton, he knew his technology could help. In mid-July, he reached out directly to First Nations leaders in the Lytton area, including Chief Patrick Michell of the Kanaka Bar Indian Band, with an offer to provide enough clean, potable water for everyone in need in the area.

On October 16, Clearflo’s MobilPur10™ portable water treatment system was secured at the site of the old sawmill located south of Lytton, where temporary housing has been established. After less than two and a half days for setup, water from a nearby heavily contaminated raw water source was running through the filtration system… and coming out clean and drinkable. A few final approvals were pending as this article was being written, but Haughton was confident that the system would be fully certified and operational very soon.

Clearflo is providing the system and covering the cost of operations until funding is finalized. Haughton’s goal was to get to work, get his system up and running, get water to the people, and work out the details later. Or, as Chief Michell explained, “Sometimes you’ve just got to fake it ’til you make it.”

Why was Haughton so determined to get water to Lytton? His answer is simple: “When you bring the necessities of life, you bring hope.”

Clearflo began as a promise Haughton made to the Indigenous people of Ngäbe-Buglé Comarca, Panama. While working in the area, he met an individual who claimed to have a water treatment system that could produce safe, clean water in remote areas. He introduced this person to his Indigenous friends, but long story short, it was a con—the technology didn’t work and the company was dissolving.

Determined to get potable water to the area, Haughton began designing a sustainable system that could filter substantial amounts of water daily: a system that was autonomous, robust, and powered by renewable energy.

After his early designs drew attention from a group in China, Haughton saw the benefits of collaboration to bring his idea to life; in 2018, the first MobilPur10 was put to work. Unfortunately, trade restrictions and an uncertain geopolitical climate began to make it dangerous to continue working in China, so Haughton bid Asia farewell and welcomed good friends John Pulos and John Derby to the team as investors in the future of global implementation.

Today, the system is manufactured in Clearflo’s facility located on K’ómoks First Nation territory. With the potential to process as much as 50,000 litres daily through layers of natural filtration media, the MobilPur10 produces safe, clean water that not only meets, but exceeds, drinking-water standards set by Canada and the World Health Organization.

The technology is indeed powered by renewable energy, as well as self-sufficient and easy to operate. Everything fits into a small shipping container ready to move by truck, ship, or helicopter, making it quick to deploy and suitable for remote locations.

Haughton and Chief Patrick Michell have formed a strong alliance, along with representatives from Lytton First Nation and the Village of Lytton. Working together, they’ve proven that getting clean drinking water to communities in need is an attainable goal.

While the business of providing safe, potable water can involve many obstacles, it’s a safe bet that Clearflo will continue making waves in Canada and abroad for years to come. 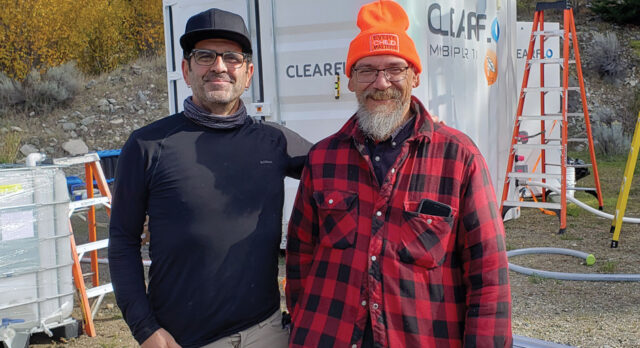