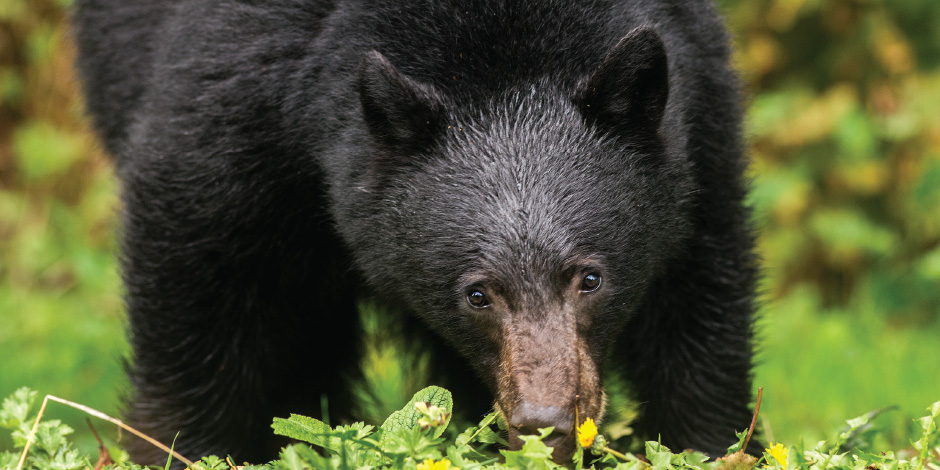 Sharing your community with wildlife.

A great thing about living in coastal British Columbia is the awareness that we inhabit ecological communities as well as human ones. Every spring, I have the privilege of returning to a place where a glacial river meets the ocean, where salmon migrate up to meet the forest, and where people in a small village of the Wuikinuxv Nation are acutely aware of their community—including black and grizzly bears sharing the narrow riverbank of their home.

It’s in this remarkable setting that, together with the Wuikinuxv Stewardship Department, our research team monitors bear populations throughout Rivers Inlet. When we began, I saw our focus as bears and their ecology. Certainly this is what we study, but I consistently find myself understanding bears in the broader context of their neighbours.

What does it take to be a good neighbour? To me, it means respecting each other’s space, sharing common resources, and caring for each other. People in Wuikinuxv have done this with bears for thousands of years. Permanent bear-human trails form a web around the village, accessing thick berry patches and good fishing holes used by both.

To prepare for hibernation, bears should add an additional 30% to their spring body weight. Coastal bears mainly rely on roots, sedges, and berries before transitioning to rich stores of protein and fat from salmon. However, in the late 90’s, the Rivers Inlet sockeye population declined drastically. Bears were starving and behaviours changed. They became aggressive, broke into homes and smokehouses, and hung around the open garbage dump. In three years, almost 20 grizzly bears had to be destroyed. When people talk of this time, it is with immense sadness.

Wuikinuxv rallied around the bears. They electrified their dump, implemented strict garbage pick-up, and reduced attractants. Over time, sockeye numbers began building to the point where people could fish again. But, many community members noticed the bears weren’t returning with the fish.
“We didn’t know if we’d removed a whole generation from the valley,” describes then Wuikinuxv Fisheries Manager, Jennifer Walkus. She remembers when bears were always near the village—a time when they kept to themselves.

Today, using hair collection sites and wildlife cameras, our research has detected many bears in the area. They appear less bold and aren’t drawn to the village, despite their proximity. Determined to coexist, Wuikinuxv decided what it meant to be a good neighbour and moved forward. Now, a new generation of bears and humans are sharing space once again.

The forest above Cumberland provides a greenbelt for black bears to access grasses, berries, fruit, and salmon. Hungry bears, or sows with cubs avoiding aggressive males, wander into town attracted by fruit, garbage, compost, and even bird feeders.

As in Wuikinuxv, many Cumberlanders are committed to reducing attractants. It’s not simple. For example, some feel strongly that the apple trees in the historic old orchard remain a food source for bears while others see it as an invitation for conflict. Many enjoy seeing bears and cubs around town, while others don’t.

Co-habitation takes resolve and creativity. The CBI is harnessing both by turning to the community through door-to-door surveys that draw on local experience living with wildlife.

As the bears return this season, the goal is that collective input can build Cumberland-based solutions to reduce attractants and share space—ultimately becoming better neighbours to local bears.

Megan Adams is a biologist with the Raincoast Conservation Foundation.